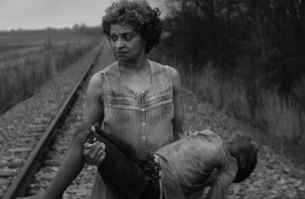 Calum’s latest music video is a stirring and strikingly beautiful film for Melody Gardot’s new single ‘Preacherman’. The video was inspired by the racially motivated murder of Emmett Till, a 14-year-old boy who was killed in 1955, 60 years ago this August. His murder became a major event in 20th Century America, many believing it contributed to the start of the American Civil Rights Movement. The video was made in association with the Emmet Till Legacy Foundation, which educates young children about racism in the United States.

Macdiarmid was determined to give the film the sensitivity and compassion required to lend this tragic story the gravity and dignity it deserves. “Melody wanted to reference Emmett’s story in the video. So we came up with idea of two young boys finding his body whilst fishing. Then following Emmett's Grandmother as she collects his body from the river and makes her way defiantly back into town, for all to see the horrors that have befallen her grandson. It’s a very real, very dark moment in history and, as such, the authenticity and integrity of emotion in the film was key for me.”

Part of that authenticity was filming near the actual location where the murder took place. “We were constantly coming into contact with people who had been affected first-hand by the tragedy. In fact, Emmett’s cousin, Dr Edelia J, even plays a part in the film,” he adds. “She and all the other characters that we street-cast from the Mississippi Delta brought a real honesty to the film that I just don’t think we would have managed anywhere else.”

As beautiful as the final film may appear, behind the scenes there was always the very real threat of snakes, alligators and deep swampland to contend with, as well as the constant rainfall, which made working conditions less than ideal at times. As Jonathon Ker, the film’s producer, is quick to point out though, “It’s easy to get hung up on the conditions that you’re shooting in but, honestly, filming this very real subject matter really brings into focus how incredibly minor the kinds of inconveniences most of us face day-to-day really are.”