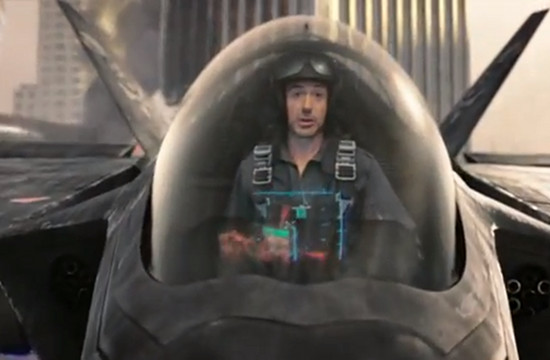 ‘Call of Duty: Black Ops II’ is almost here.  With little more than two weeks to go until the hugely anticipated game is launched, Activision Publishing and agency 72andSunny have released a high-octane, star-spangled TV commercial.

The trailer is directed by Guy Ritchie and stars Robert Downey Jr. and a plethora of online celebrities who face off in a Battle Royale. Omar Sy, one of France’s top comedic actors, and a huge Call of Duty fan, makes an appearance, and hard-core gaming fans will recognize Internet personalities such as blogger FPSRussia and comedian iJustine.

To support the launch, Activision also teamed up with Bad Robot Interactive. Together they released a Call of Duty takeover of Bad Robot’s ‘Action Movie FX’ app.  The app enables fans to film real world environments with their phones, and then destroy them on-screen using Call of Duty: Black Ops II near-future weaponry.  Moreover fans can use the app’s scan function to unlock and unleash exclusive new weapons from the upcoming game.

While 72andSunny has been responsible for the overall creative direction of the campaign, Activision also worked with The Ant Farm to create a series of gameplay trailers, which have already been viewed by millions of fans.

“With Call of Duty we are re-writing the rulebook of how games are marketed.  This is more than a product launch; it’s become a cultural event.  And what Treyarch has created this year with Call of Duty: Black Ops II is nothing short of the most innovative Call of Duty title yet,” said Tim Ellis, CMO, Activision Publishing.  “So our mission is to meet this creativity with the most dynamic and far-reaching launch campaign we’ve ever done.  Everything we do is geared toward reaching our fans – the best community in the world – to celebrate with them the launch this November 13th.”

This year, more than 15,000 retail outlets worldwide are scheduled to open their doors at midnight on Tuesday, November 13.  Additionally, Activision will support the game through a global outdoor advertising campaign that will run in eight cities and across more than 450 media placements around the world with support from the media agencies OMD and MEC, respectively.