Call for Entries open for the 26th ADCE Awards: The Champions League of Creativity 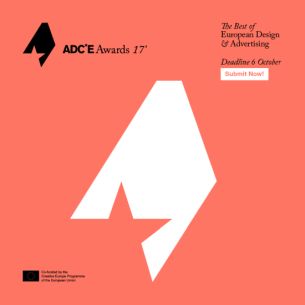 Designers and advertising creatives can now submit work for the 26th edition of the ADCE Awards until 6 October. Entry is free for work awarded Gold at eligible national shows, with reduced fees for work awarded Silver, Bronze and shortlist.
Aiming to crown the best of the best, the Art Directors Club of Europe (ADCE), opens the call for entries for the 26th ADCE Awards. 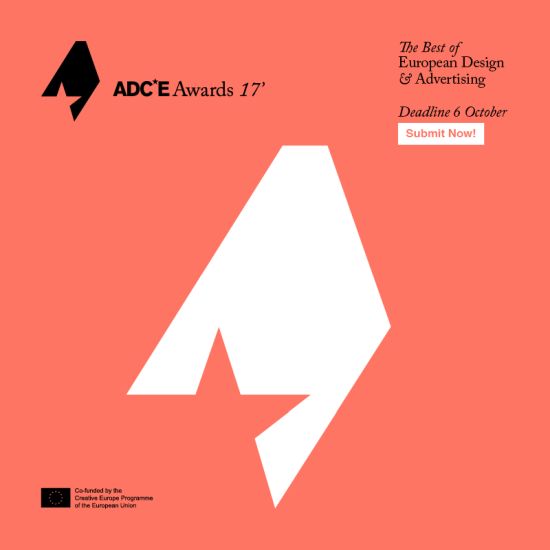 The ADCE Awards is unique in only being open to creative work that has been awarded at a local European show, ensuring a selection in which every single entry has already been deemed outstanding. Agencies and individuals from across Europe are invited to enter and have their work judged by Europe’s top creative professionals.
Categories are grouped into six primary juries:
Film & Radio
Print & Outdoor
Interactive & Mobile
Design & Craft
Promotions & New Media
Innovation & Integration
Among the 33 subcategories, new additions include Online / Viral Videos (Film & Radio) and Social Media Campaigns (Interactive & Mobile).
In addition to those categories, the awards also promote young talent, with European Student of the Year and European Young Creative of the Year competitions. For the first time ever, design and advertising work will be judged separately in these competitions. Participants in these awards must have been previously awarded in their local student competition.
On 9 November, the 50 jurors will meet in the Design Hub Barcelona to debate the best creative work from across Europe, before awarding Gold, Silver and Bronze across each category, as well as the overall Grand Prix. Winners will be revealed at the ADCE Awards Gala on 11 November. All within the 4th European Creativity Festival.
Following the awards, all the winning work will feature online in the 2017 ADCE Annual, which showcases the year’s best in graphic design and advertising, and also toured throughout Europe at local exhibitions.
A new creative identity
To support the launch a creative campaign has been crafted by hasan & partners, led by Design Director Joseph Bayne alongside ADCE president Ami Hasan.
hasan & partners saw the importance of maintaining a consistent identity, introducing a clear branding hierarchy including logo system, typography and accent colours. It is hoped the new awards logo, based on the trophy winners receive, will become recognised globally.
The playful copy of the campaign encourages creatives to imagine themselves as part of the exclusive group of ADCE Award winners.
Entry Fees and Information
As a non-profit organization, the ADCE Awards offers significantly reduced entry fees to ensure agencies of all sizes from across Europe have the opportunity to participate. Entry is free to all Gold winners from eligible national shows, 100€ for Silver winners, and 170€ for all other awarded work (Bronze, Shortlisted etc). Registration is also open to winners from non-member European nations for a general fee of 270€.
List of competitions:
ADCE Members

Submissions should be made online at http://adce.submit.to before Friday 6 October, 2017. More information on rules and eligibility for the ADCE Awards can be found at http://www.adceurope.org/awards/rules
view more - Awards and Events