Call for Entries Open for AMES 2014 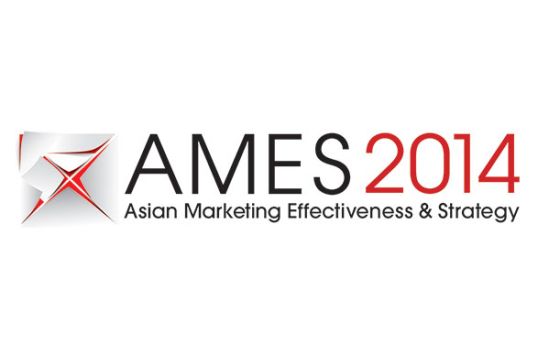 The three strategy sections will be Digital Strategy, Data & Analytics and Media Strategy. Each of these three new sections will have its own jury president and jury, which will judge alongside the Effectiveness jury, bringing the total number of juries and their presidents to four.

“The Asian Marketing Effectiveness awards are the most important in the region, and it seems fitting that together with Effectiveness, Strategy is also recognised alongside these important accolades, making winning an AMES even more significant when honouring the best work in the region. By including Strategy at these awards, we are highlighting the increasingly important role it plays in today’s business. Data and Analytics likewise now have a platform to award excellence and the addition of these three sections enhances AME’s to even greater levels,” says Terry Savage, Chairman of Lions Festivals.

Entries will open on 17 December 2013 and will close on 7 March 2014. In expanding the awards structure, the awards presentation will relocate from Shanghai to Singapore, where the winners will be announced at the AMES awards on 29 May 2014 at the St Regis Singapore. The AMES are organised by the joint venture between Lions Festivals and Haymarket Media Asia.