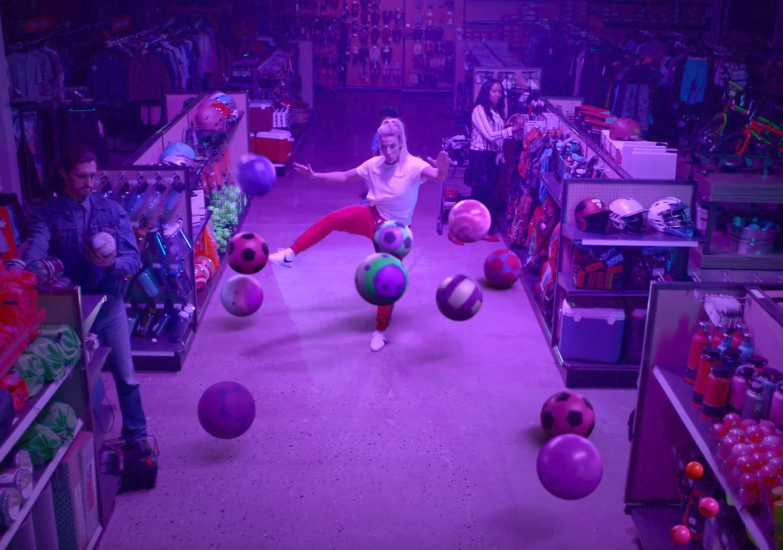 California Almonds is bringing US Soccer’s Julie Ertz to its starting lineup, leveraging the team captain’s dominant on-field performance to showcase the energy power of almonds in a new integrated advertising and marketing campaign from Sterling-Rice Group (SRG) that launches during the Women’s World Cup tournament.

In a number of ads spread across broadcast, digital and social channels, Ertz’s nonstop action highlights the six grams of protein in a severing of almonds and the natural boost it delivers. The campaign includes several six and 10-second digital videos, animated GIFs and media buys on connected TV, Instagram, Facebook, Twitter and Snapchat.

“Almonds are Julie’s go-to snack when she is playing and training, making her an authentic spokesperson for our brand,” said Becky Jeffers, manager North American marketing, Almond Board of California. “We saw the World Cup as a great opportunity to build more cultural connections with our brand and to showcase how almonds contribute to helping you ‘Own Your Everyday'.”

In 2014, the Women’s World Cup final - won by Team USA - was the most watched soccer game in US history. The Almond Board of California saw an opportunity to be part of this year’s World Cup as a way to build its brand with its core female consumer while having fun with one of the game’s leading players. Ertz was the 2018 National Player of the Year.

“Julie Ertz is known as the Energizer bunny of the women’s soccer team, doing the work that keeps everyone else moving the ball forward. Her enthusiasm and spirit make her the perfect spokesperson for almonds,” explained Chad Walker, group creative director at SRG.

Ertz was also leveraged by the Almond Board of California and its PR agency Porter Novelli as a spokesperson for the brand on media tours across the country.