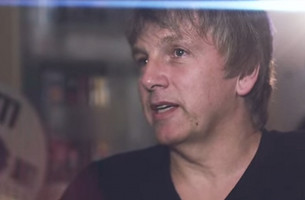 blu, a leading global brand of electronic cigarettes, has launched an eight-part online electronic music series which will showcase the lifestyle, history and evolution of the DJ. The series forms part of an integrated strategy for 2014 which positions the brand at the heart of the UK electronic music scene – championing both established names as well as emerging artists.

Incorporating interviews with some of the biggest names on the DJ scene past and present, the episodes will look to uncover how the art of DJing has become what it is  today, particularly within the London, Liverpool, Manchester and Bristol music scenes. Freedom of the DJ supports the #blunation music tour – an 8-month DJ night tour across 12 cities, showcasing the blu brand values of freedom and choice.

The content series has been developed by agency Cake, alongside production partner Bark Films. Jacob Fuller, CEO of blu said: “This series shows exactly where we want to be taking blu in the UK. Embedding the brand right in the heart of such a fast-moving and evolving music scene allows us to show what we’re about in a timely and relevant way.”

Adam Vessey, producer at Cake explained: “We’ve spent months travelling around the UK to seek out the most interesting stories - from the history of the electronic music scene, to present-day trends. We’ve uncovered some real unique insights along the way which will hopefully help change the way people appreciate the art of DJing.”

Episode 1 features pioneering DJ Greg Wilson, alongside newer names including Jonas Rathsman and Boddika telling the story of the birth and evolution of the DJ – from the sequined revolution that was disco, through the first ever example of live mixing on British television, to the global superstar status that DJs have carved out today. Future episodes will look at how new technology has shaped the music scene, the emerging trends in electronic music and more.