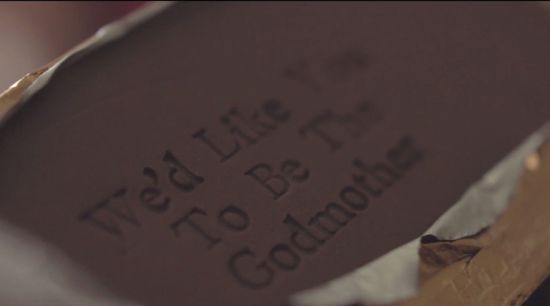 has boosted Cadbury Dairy Milk sales in Malaysia and is taking Asia’s awards scene by storm.

‘Say it with Chocolate’ has shaken up the hard-to-crack gifting category in confectionery. It pus

Dairy Milk with personal messages for their friends and loved ones.

At Adfest (7 March), ‘Say it with Chocolate’ took home a hat-trick of awards:

Effie Awards Asia Pacific. Its success has already seen it scheduled for rollout in India.

“‘Say it with Chocolate’ shows that it’s the calibre of strategy and insight, not the budget, that really

counts when it comes to breakthrough retail activation. As the awards haul shows, this work

embodies our commitment to the twin peaks of Creativity and Effectiveness.”

the target audience of Malay and Chinese consumers aged 20-29 years. It attained a 30% increase in

marketing resulted in no fewer than 17 million digital media impressions.

allowed customers to imprint their bar with bespoke greetings, from apologies to marriage proposals,

only visible when the bar was opened by the gift’s recipient.