Campaign from VCCP encourages families to connect through gaming 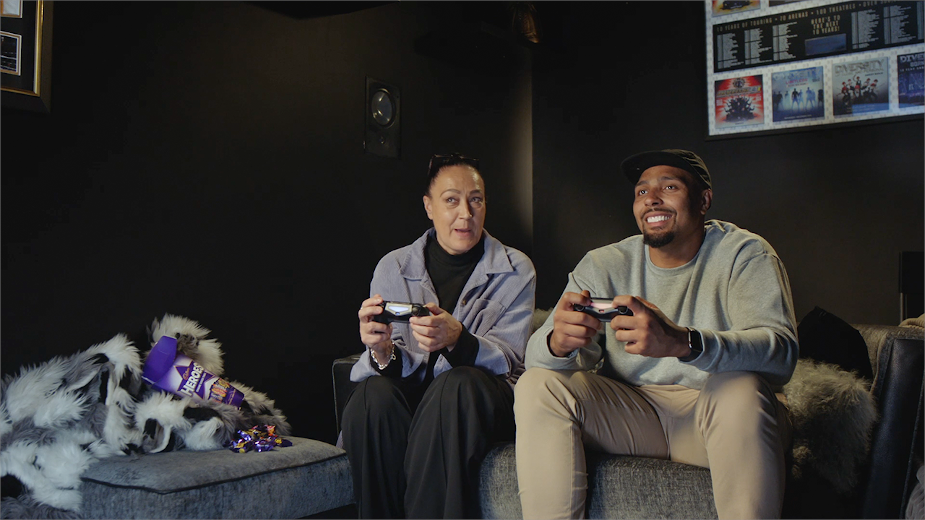 Cadbury Heroes unveils its latest innovative marketing campaign inspiring families to unlock a little connection through one of the world’s largest and fastest growing entertainment industries, gaming. With research finding that increasing numbers of us are connecting through video gaming, the campaign builds on the brand’s ongoing commitment to bring families together through the Cadbury Heroes League. An online tournament where famous gamers train up their parents, so they can compete with other parents in an epic Street Fighter battle.

The Cadbury Heroes League will see 12 influencers and celebrities including Louise Redknapp, Jordan Banjo and Roman Kemp trained by, or training, a member of their family on Street Fighter V, before battling it out in the ultimate showdown. The public are encouraged to follow the teams’ training trials and tribulations via VOD and social, with weekly updates released using real footage captured by the influencers and their parents. Training begins on 26th October and will continue until the final fight at The Gfinity Arena in Fulham broadcast on 14 th November on Cadbury YouTube and Facebook and Gfinity Twitch.

A series of short playful films for digital and social media channels will also be shared, highlighting the little moments of connection between the celebrities, influencers and their relatives when they come together through gaming. Cadbury Heroes will also be offering fans the chance to spend quality time with a family member through gaming by entering a competition on Cadbury Instagram and Facebook pages to win a Cadbury Heroes gaming bundle and the chance to play against the tournament winner.

The influencer talent will be further amplified through a partnership with Global Radio including brand- tailored adverts, promotional trails and on-air content on Roman Kemp’s popular Capital Breakfast show.

The Cadbury Heroes League forms part of an integrated marketing campaign supported across media channels including Digital, Social, Radio, VOD, OOH and PR. The campaign has been created by VCCP London with Dentsu Aegis Network’s media agency Carat and specialist division D-Game negotiating the partnership with leading esports and gaming solutions partner Gfinity Esports and managing all media planning and buying. PR activation will be led by Golin.

Ria Rianti, brand manager at Cadbury Heroes said, “Now more than ever families are looking for opportunities to connect, and we believe it’s the little things that can help bring us together - like sharing a hobby or learning a new skill. With our research finding video gaming can actually help bring us closer together, we wanted to inspire even more families to unlock a little connection through the Cadbury Heroes League.”

Chris Birch, creative director at VCCP, added: “Heroes want to bring families together, so a Street Fighter tournament where kids train their parents to compete might give them a nice bit of bonding time. Everyone loves their mum a bit more when they’ve just perfected Zangief’s Spinning Piledriver.”

Lauren Ashleigh Kenny, client director at Carat, continued: “Gaming is one of the fastest growing and most creative sectors in modern society, especially as people look to find new ways to connect with one another digitally. We’ve delighted to bring together the breadth of skills across our business in order to help Cadbury find new and creative ways for families across the country to come closer together.”