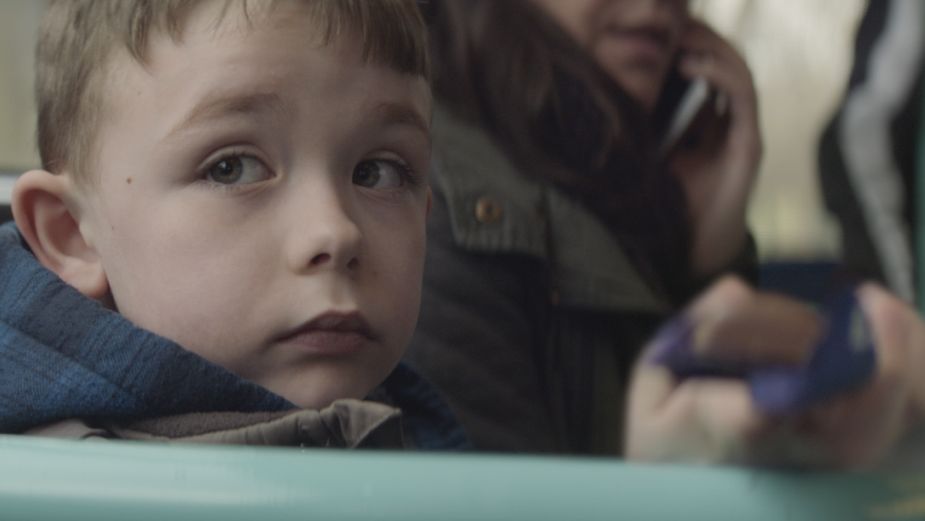 Cadbury believes there is a glass and a half of generosity and kindness in everyone. In a world that can seem increasingly selfish the generous acts can be harder to spot, but they are there, happening every day, in all walks of life. Today Cadbury launches its latest film for Cadbury Dairy Milk that continues to build on the belief that even the smallest gesture can bring a smile to someone who might need it.

The latest 60-second TVC, created by VCCP London, shows a little boy travelling home on the bus with his mum, clutching a bar of Cadbury Dairy Milk he’s been told to save for later.

He tries to distract himself but then notices a distressed teenage girl nearby. The story concludes with a simple, unexpected act of kindness from our little boy, uncertain at first, but eventually offering his bar to the girl. Demonstrating there really is a glass and a half in everyone.

Colin O’Toole, associate director marketing Cadbury UK&I from Cadbury said: “Cadbury chocolate has long been associated with moments of giving and generosity, helping to bring out that glass and a half in people. In a time when we haven't had much human interaction, our latest advert reminds people of the big impact we can all have on others with even the smallest acts of kindness."

Chris Birch and Jonny Parker, executive creative directors at VCCP added: “We’ve all been there - on a bus or a train and seen someone sad and upset. Most of the time we look away, minding our own business. But the generous hearted amongst us know better. This film tells that story.”

The film launches in the UK and Ireland from Monday 31st May and will roll out across TV, VOD and Digital Video until the end of October. Media planning and execution has been led by Carat.