Office worker gets the jitters in spot by Fallon London & MJZ 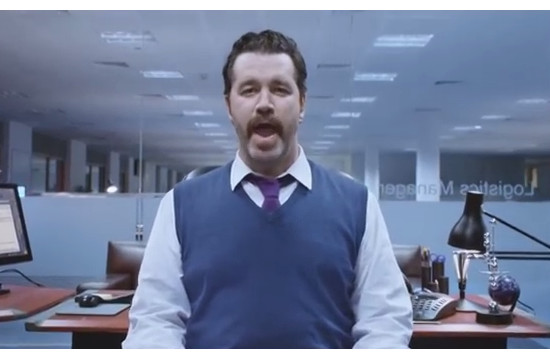 The campaign launches with a 60” TVC, created by Fallon, London. This will be followed up by a 90” version which will be rolled out across cinemas nationally later this month.  Both versions, and a 30” cut-down, will also live online on Cadbury UK YouTube channel.

The film, created by Fallon London, reflects the belief that only the taste of Cadbury Dairy Milk can trigger spontaneous and irrepressible joy within anyone, regardless of where they are and what they are doing.

The central character is featured at his desk in his beige, run-of-the-mill office, on hold on his telephone: an every-day scene familiar to all of us. He reaches for his Cadbury Dairy Milk which, as soon as it’s eaten, triggers an immediate release of joy, mirrored by the infectious on-hold music he’s been patiently listening to.

Unable to help himself, he exuberantly lip-syncs along with the music, unleashing his joyful side that has been kick-started by unwrapping and enjoying some Cadbury Dairy Milk.

Matthew Williams, Marketing Activation Director at Mondelēz International, said: “Cadbury Dairy Milk is, and we hope always will be, the UK’s favourite chocolate brand. We are delighted to welcome in the New Year with this fresh new pack design, which celebrates the great taste of our product in a modern and joyful.  And with a new ad campaign, the latest in a long line of iconic advertising, that captures the spontaneous feeling of joy that only our glass and a half chocolate can bring.”

The fully integrated campaign is supported by a £7.5m marketing investment which will be carried out by creative and marketing agencies including Fallon, PHD, GolinHarris, Gravity Road and We Are Social.

Gail Gallie, Fallon CEO, said: “It is always a treat for us to create a campaign for the national treasure that is Cadbury Dairy Milk.  We hope we have done it justice with an all-encompassing comms mix to celebrate just how delicious it tastes and how joyful it makes you feel”

The brand’s fresh new pack design, across the entire Cadbury Dairy Milk range, retains the iconic Cadbury Glass and a Half logo but has replaced the classic chocolate shots with imaginative and joyful expressions of each flavour and key ingredients.  The entire range is already available for sale across the nation as the New Year gets under way.