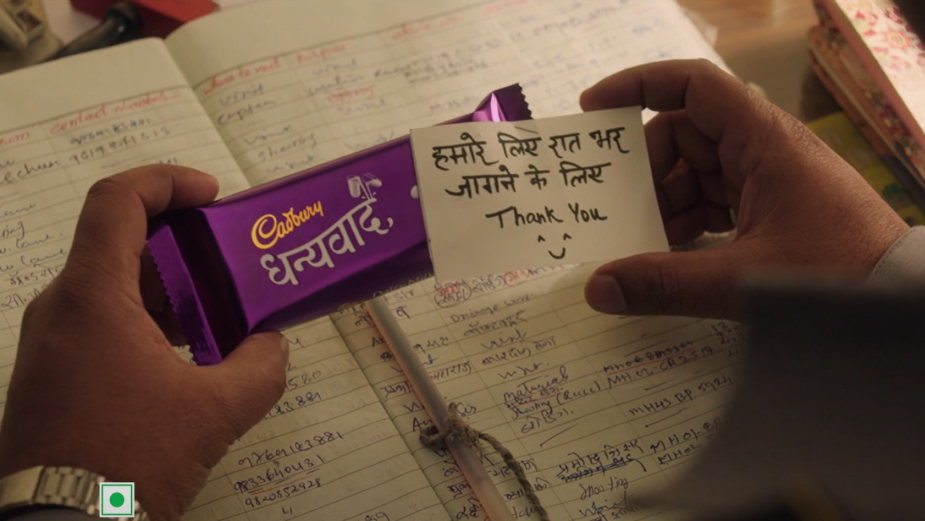 Cadbury Dairy Milk in India has replaced its logo with the words 'Thank You'. The domestic help, the driver, the security guard, the milkman, just a few of the countless women and men who go about their jobs without seeking praise or pats on the back. For people whose services are often unacknowledged, here is a simple, generous act that could melt the power distance between two individuals, between those being served and those serving. Mondelez India, in partnership with Ogilvy India, has recently introduced a limited-edition Cadbury Dairy Milk ‘Thank You’ bar by giving up the Cadbury Dairy Milk logo on the pack, in recognition of the generous spirit of the country’s unsung heroes during these difficult times.

This is the first time in its 70-year history in India that Cadbury Dairy Milk has created a pack innovation that replaces its logo. To celebrate the linguistic diversity across India, the Cadbury Dairy Milk ‘Thank You’ bars will be launched in eight different languages - English, Hindi/Marathi, Gujarati, Bengali, Tamil, Telugu, Kannada and Malayalam, to deliver the message of gratitude and support.

This limited-edition Thank You bar extends beyond gratitude, and into action. Mondelez India has also committed a part of the proceeds from the sale of the bars towards health insurance policies for daily wagers (i.e. labourers, domestic help, etc.) via a partnership with Nirmana, an NGO working with the unorganised sector.

Commenting on the launch of the limited-edition Cadbury’s Dairy Milk ‘Thank you’ bars, Anil Viswanathan, director-marketing (chocolates), Mondelez India said: “Cadbury Dairy Milk as a brand, believes that if there’s one thing that can shine a beam of light in the world, it is generosity. Especially in tough times like these. As India’s most trusted brand, we understand the special role Cadbury Dairy Milk plays in the lives of our consumers. This special pack-innovation represents the nation’s sentiment. The current unprecedented situation has made us all realise the value of the ones that run our cities, societies and lives. This launch serves as a small tribute for their enormous efforts and only begins to express our collective thanks to these unsung heroes."

Speaking about the campaign, Sukesh Nayak, chief creative officer, Ogilvy India: “The idea of saying Thank you with a Cadbury is a simple and heartfelt way to further inspire the spirit of generosity amongst people. The bar not only highlights the tension but presents itself as a solution on the need to acknowledge those who add magic to our life by their dedication.”

During the tough times we are facing today, there are various people who are working tirelessly at the frontline to manage the situation. While the doctors and nurses deserve every bit of praise and gratitude that has come their way, they too have a set of people who they depend upon to keep operations running smoothly. The almost invisible, unacknowledged support and ancillary staff at a hospital. The canteen cooks, the waiters, the electrician on call, the ambulance driver and his helper, the janitor, the receptionist, the IT guys, even the errand boys. Cadbury handed over ‘Thank You’ bars to support staff in multiple hospitals in the Covid hit major metros of Mumbai, Delhi, Kolkata and Bengaluru. This special drive is being further amplified via a tie-up with regional media houses, which is expected to extend this ‘Thank You’ to many more hospitals across India. The campaign idea will also be extended further through various sponsored content and multimedia channels, with strong partnerships with media houses and publications.

The pack innovation-led activation is the first part of a fully integrated marketing plan with touchpoints across broadcast, digital, print, radio channels and on ground activation. The campaign is aimed at unlocking a realisation that we have so many to be thankful for, all around us. We want the glow of generosity to extend as far across the nation as possible. And using our multi-lingual packs, we will enable regional targeting to engage with our audiences across geographies.