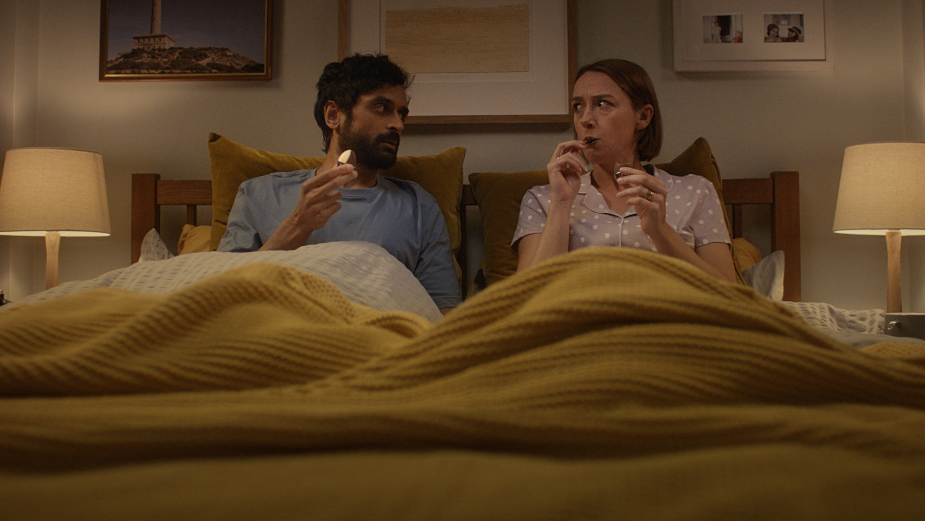 Today Cadbury Creme Egg and global creative agency VCCP London, launch a new integrated brand campaign ‘How do you NOT eat yours’ to the UK and ROI markets.

The highly anticipated Cadbury Creme Egg Hunt is back, but this time it comes with a warning sign. Created by VCCP London to mark the lead up to Easter, Cadbury is offering lucky (or not so lucky) finders of the limited edition, half milk chocolate, half white chocolate eggs up to a huge £10,000 to be won, on one condition - that the winning egg is not eaten.

Cadbury Creme Egg is no stranger to creating campaigns that have entertained the nation for decades. ‘How do you NOT eat yours’ is a spin on one of the most iconic advertising campaigns in recent decades; ‘How do you eat yours’ which was first launched by Cadbury in the 1980s. This year’s Creme Egg Easter campaign creates a modern twist by challenging people’s ability to resist eating the elusive treat. In order to claim a prize, recipients must show proof that they have resisted the urge to eat the deliciously tempting winning Cadbury Creme Egg. There will be one hundred and forty six limited edition Creme Eggs in circulation, all valued at different winning amounts, from £50 to £10,000.

Lyndsey Homer, brand manager at Cadbury said: “Cadbury Creme Egg is one of the most iconic and well known products in the Cadbury portfolio. We wanted to create a campaign that both honoured the special heritage of the brand, whilst injecting some new energy into it. I’m so excited to see our campaign come to life, and can’t wait to see how fans, new and old, react to our cheeky campaign.”

The disruptive, integrated campaign launches with two 30 second films, written by VCCP Creatives; Simon Connor and Stephen Cross and directed by award-winning director, Jeff Low. Both films showcase everyday situations where Cadbury Creme Egg fans typically like to enjoy their chocolate treat. The first film, ‘Bath’, sees a man running a relaxing bath, ready to soak and enjoy his Cadbury Creme Egg in peace, only to discover he’s picked up one of the winning eggs you can’t eat. He shares the discovery with his partner who pleads with him not to eat it as it’s worth a lot of money. The film draws to a comical end, and we’re left not knowing if he’s going to fight the temptation as his partner yells from outside the bathroom ‘Don’t eat it!!’

The second film ‘Bed,’ depicts a Cadbury Creme Egg fan tucked up in bed, again ready to wind down for the evening and tuck into his winning egg. He’s then interrupted by his partner who devastatingly tells him that he can’t eat it. The film ends with the man enviously eyeing up his partner who’s enjoying her Creme Egg with a spoon, and concludes with the man disappointedly saying ‘I want an egg, I want to eat an egg.’

Chris Birch, executive creative director at VCCP London added: ‘Creme Eggs are a childhood classic and a British institution. So we were thrilled to create a new campaign which would bring new life to Creme Eggs, whilst paying homage to one of the most well known chocolate advertising campaigns of recent times. It's been fun flipping that campaign on its head. It's sticky work. We’ve eaten about 40 each. Hopefully people love the campaign like we do and maybe even find a winner. That they can’t eat of course.’

For radio, Cadbury Creme Egg will reunite with actor and comedian Matt Lucas to create a series of radio public service announcement style ads warning the nation that they must resist the temptation to eat the winning eggs. Supporting this, Cadbury Creme Egg will also use YouGov data to target Creme Egg lovers based on whether they are lickers, eat their Creme Egg all in one or enjoy it with a spoon.

The campaign ‘How do you NOT eat yours’ will run in the UK and ROI from 5th January until Easter across VOD, social (Instagram, Twitter, Snapchat), YouTube, radio, DOOH, OOH, retail and partnerships. PR will be supported by Golin. All media has been planned and executed by Carat.