Bold ads inform people about reality of drugs at their doorstep 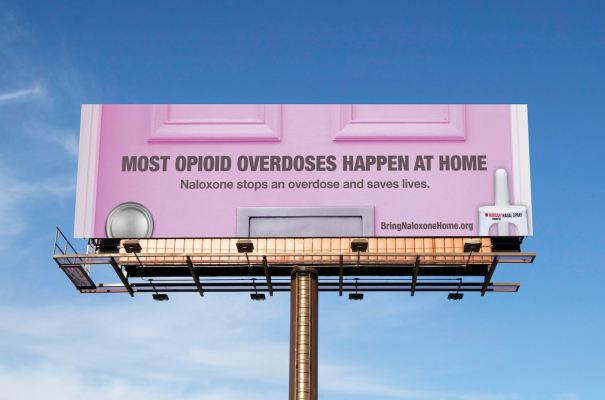 Advertising agency Cactus and the Colorado Consortium for Prescription Drug Abuse Prevention are launching a multimedia campaign this week to educate people about the rise of opioid addiction and the availability of Naloxone, a medication any American adult (18+) can obtain and keep on hand to save the life of someone who has overdosed on opioids.

Naloxone, sold under the brand name Narcan, is a nasal spray that can revive someone who has overdosed on heroin, OxyContin, fentanyl or another opioid. A generic spray will be available to consumers by the end of 2019. The spray, which blocks the effects of these drugs, can be bought in four-ounce doses at pharmacies and does not require a prescription. Naloxone costs $140 at full retail, but 93% of insurance companies cover it, according to Robert Valuck, a pharmacy professor at the University of Colorado Anschutz Medical Campus and executive director of the Consortium, which is the state’s anti-opioid task force. More than 500 pharmacies in the state claim to stock it, and anyone can order it.

Each horizontal-strip ad features a front door in a colourful shade of red, pink, yellow or blue along with a doorknob and knocker and carries a bold, simple message: “MOST OPIOID OVERDOSES HAPPEN AT HOME.” The only other copy is strictly informational: “Naloxone stops an overdose and saves lives” and BringNaloxoneHome.org. 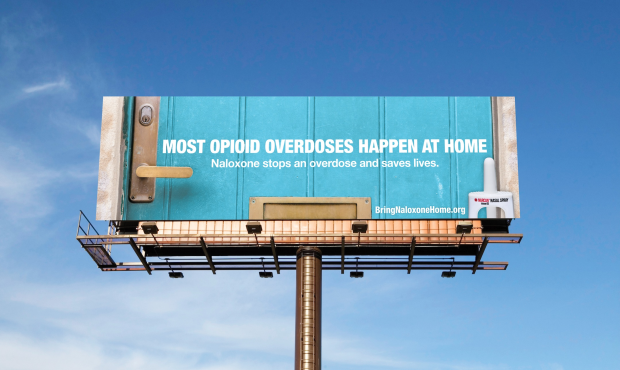 The eye-catching ads will run on billboards, buses and other transit media throughout the state beginning this week. They will also be featured in social media (carousels). While the public-service campaign is funded by the state of Colorado, some media will be donated to the effort.

The objective of the campaign is to educate people, so they know it is easy to obtain Narcan and can use it to save a loved one’s life in an emergency. The campaign also intends to confront - and reduce - the stigma of opioid addiction with its plainly stated, in-your-face data: By acknowledging that overdoses happen to people who live behind white-picket fences with manicured lawns, we must accept that it can happen to our friends, our families, to us. And now that Narcan is available, fear and embarrassment certainly aren’t valid excuses for allowing death, a preventable outcome. 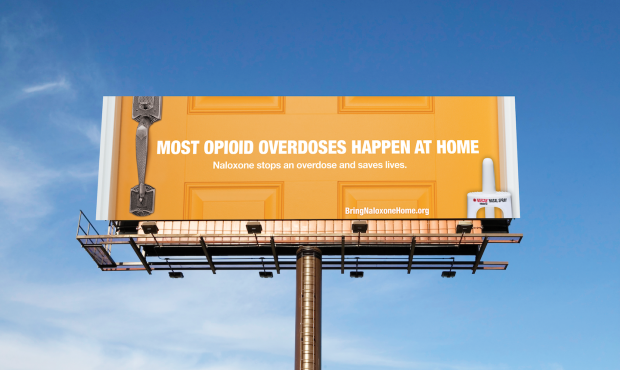 In 2016, the Colorado Department of Public Health and Environment issued a standing order that allows pharmacies and harm-reduction organisations to dispense the drug to anyone. Still, confusion about the life-saving drug abounds: In 2018, 543 Coloradans were known to have died of drug overdoses linked to prescription opioids or heroin.

“People have a tendency to think that overdoses happen to the homeless or other people they don’t know,” said Norm Shearer, partner and CCO at Cactus. “But in actuality, most of the people accidentally dying from opioids are those who are taking prescription drugs in their homes. We want them to know there is a spray that can help save many lives.” 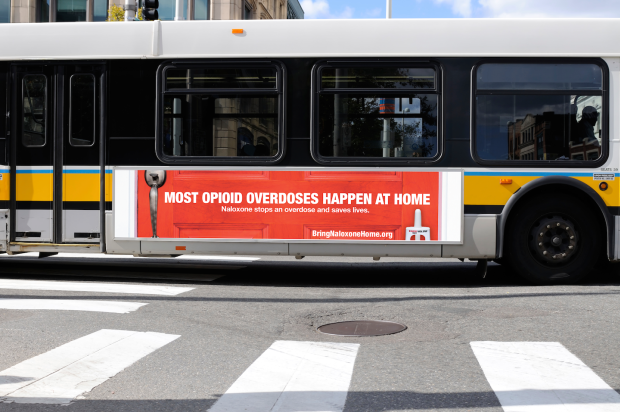