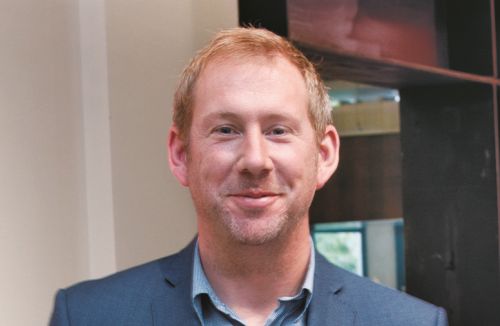 “I’m delighted that Simon has been elected by the Board to lead CAANZ. Since

joining the Board he has made a very strong contribution to the organisation. He

takes over at a time when what constitutes advertising becomes harder to define,

creativity takes ever more forms, and the need for ideas is stronger than ever.

After graduating from Cambridge University, Simon joined BMP DDB London as a

graduate recruit working across a number of accounts such as Budweiser, Unilever

Following a long run of awards success for the Guardian newspaper, Simon was

appointed to the BMP board in 2003, taking responsibility for the agency’s graduate

in the industry. Paul and his team are dogged in the defence of the right to advertise,

and have been effective in ensuring that a business voice is heard by policy-makers.

In addition, Paul has ensured the focus of our awards shows is on the contribution

that great work makes to business success. The intern programmes and training

brilliant young talent entering the industry, and they are rewarded appropriately. I’m

great work that the CAANZ team continue to perform on behalf of us all.”

Simon attributes his resilience to his support of Newcastle United, who have yet to

win a trophy in his lifetime.

He officially takes up his new position on April 16.