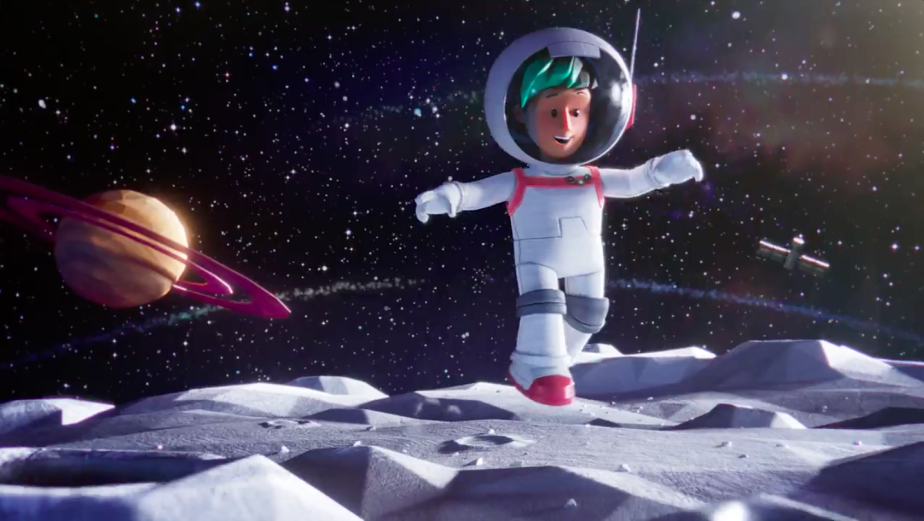 BYJU’S FutureSchool, the leading interactive online learning platform, today released a new digital spot titled, ‘If I Had a Satellite’, to inspire budding space explorers and promote its revamped Code A Satellite program. BYJU’S FutureSchool tapped international creative animation/design studio LOBO, to work alongside its in-house creative team to craft a charming ad that captures the essence of a childlike curiosity with the endless possibilities of the universe. Given the gender disparities in STEM, the ad’s focal point is a young female protagonist, with audio accompaniment by a female artist, choices that were thoughtfully considered in order to resonate with and empower girls to take their STEM exploration to new heights.

In the ad, a young girl named Valentina--named for the first woman to go to space, cosmonaut Valentina Vladimirovna Tereshkova--sings a specially-composed song “If I Had A Satellite” while her childhood bedroom falls away and reveals a spectacular moonscape. The Sun, planets and stars become Valentina’s backdrop as she ventures through the cosmos with the help of the friendly satellite Ayana, exploring the Earth and Mars, and even stopping to snap a selfie, demolishing the boredom of stagnant learning along the way. The original song lyrics were written by BYJU’S FutureSchool’s Global Creative Director, Michael Zulawinski, and composed by TikTok lo-fi phenom “Little Monarch” (@littlemonarch). The commercial will be cut in both :30 and :15 spots for global use, including transitions for both Portuguese and Spanish.

“This journey began with the intention to create something memorable that would resonate with kids and parents,” said Michael Zulawinski, global creative director of BYJU’S FutureSchool. “We’re thrilled to have found incredible partners in both LOBO and ‘Little Monarch’ who have helped bring our vision to life. Our hope with this ad is to build excitement and foster curiosity for young adventurers who can now explore the universe from the comfort of home.”

Notes LOBO director Aron Aguiar: “BYJU’S FutureSchool’s campaign goals and young audience gave LOBO room to push creative boundaries with heartfelt, wondrous animation. We’re incredibly proud of the end result and can’t wait to see it out in the world (and beyond!).”

Students can learn how to code across a diverse range of topics and interests with BYJU’S FutureSchool. The Code a Satellite program is a 144-class, online coding curriculum that provides students with direct access to a real-life operational satellite, Ayana, to run experiments and explore the universe. The satellite features 30 onboard sensors and cameras which allow students to design, code and analyze space missions like detecting stars and constellations, monitoring satellite eclipses, reading Earth's thermal radiation, detecting forest fires from space, capturing clouds for weather forecasting, and more. After a child completes 125 classes, one mission that they can embark on is to create a digital postcard, sent from space down to a loved one on Earth, by using cameras onboard the satellite. The Ayana satellite is scheduled to launch in summer 2022. The program is available to BYJU'S FutureSchool students in grades 1-12 who enroll in its 144 class coding course and access to Ayana begins at class 125.

To find more information about BYJU'S FutureSchool's interactive learning platform, its 1:1 coding or group classes or the Code a Satellite program visit its website and blog. Space explorers are encouraged to join the conversation and share their celestial journey by following @BYJUSFutureSchool on Instagram, Facebook, and Twitter and tagging #BYJUSFutureSchool.