BWS and Pedestrian Go on the World’s Biggest Beer Run 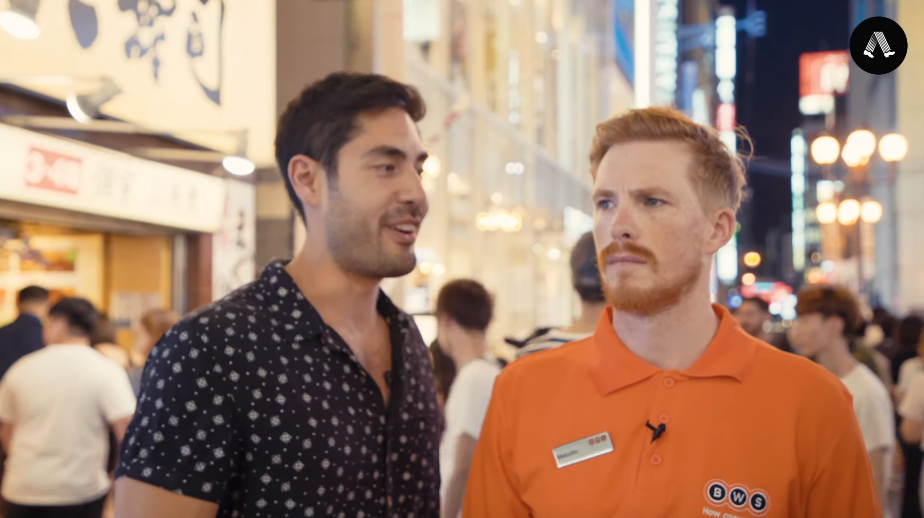 BWS, Australia’s largest liquor retailer has unveiled its latest campaign, The World’s Biggest Beer Run via M&C Saatchi Sydney, designed to shine a light on the lengths the brand will go to for great beer and their customers.

The campaign, brought to life as a six-part content series, and supported with native editorial and high impact display on PEDESTRIAN.TV and TVCs across Channel 9, will see former Home and Away actor Tai Hara and craft beer fan Malcolm visit six unique and iconic breweries across three continents. The result of their expedition, The Rarest Six Pack on Earth, featuring a bottle from each of the breweries visited, will be available in store from the 18th October.

The six beers are not currently available in Australia.

The episodes, housed on a dedicated PEDESTRIAN.TV campaign microsite, will drop twice a week from 23rd September and see the duo delve into the unique stories, methods and tastes that each of the six breweries are world renowned for. The microsite will also feature in-depth information on each of the beers featured, additional content from the tour as well as a chance for readers to win one of six packs.

Says Vanessa Rowed, head of marketing, BWS: “BWS goes to great lengths to source the products Aussies will love, whether that’s a local beer in one store, or a rare ‘must have’ wine or spirit. The World’s Biggest Beer Run campaign sees BWS visit the four corners of the globe to source some of the world’s best brews and conveniently bring them to a store near you so you don’t even have to leave your state – how convenient.”

Says Sharon Edmondtson, creative director, M&C Saatchi: “Bold brand ambition, mixed with a beautifully single-minded purpose, has created this multi- faceted campaign that’s shattered the mould for BWS. We’ve been thrilled to have Pedestrian by our side as we introduce the brand to an entirely new audience in a format designed to entertain and engage.”

Says Bianca Falloon, group business director at Woolworths@DAN: “We were tasked of bringing this amazing campaign to life, we knew that we needed to find the one media owner that had three things, the right audience, the right tone and the right production capabilities. After a lengthy briefing process, we landed on a Pedestrian. Using their tongue-in-cheek humour with the breadth of the wider Nine group we knew we were going to bring the content life and entertain young Australians at scale.”

Says James McManus, creative director, Pedestrian Group: “Pedestrian Studio exercised every muscle to tell the story of The World’s Biggest Beer Run, casting talent from Australian soaps to the monks of Bhutan’s Tiger Nest Monastery to shoot and produce over 60,000kms worth of scripted entertainment. Opportunities like this, and the chance to team with BWS, Woolworths@DAN and M&C Saatchi, are one in a million. To say we’re thirsty to launch is an understatement.”

The campaign, born out of M&C Saatchi and brought to life and amplified by Woolworths@DAN and PR through Frank was shot at breweries across Japan, Bhutan, Poland, Germany, Italy and Mexico.

The breweries were chosen following an Instagram poll of 177,000 fans asking what kinds of beers they would like to see on the shelves at BWS.

The campaign is also hosted on Pedestrian website here: https://www.pedestrian.tv/bites/worlds-biggest-beer-run/