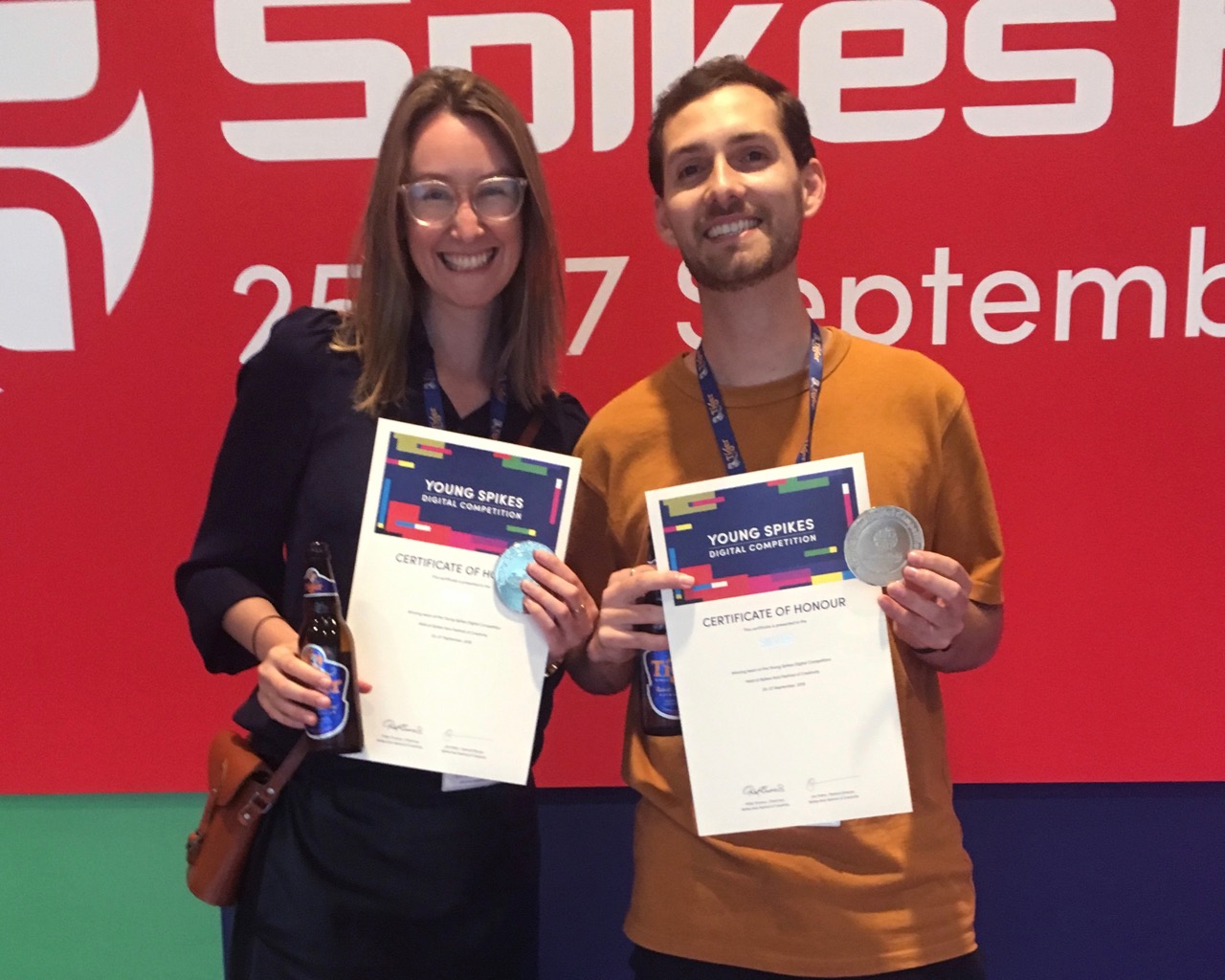 Rosie Double and Scott Pritchard were given the brief to create a digital-led campaign to launch the Palau Pledge into key Asian markets and attract like-minded, eco-conscious visitors to the Micronesian island Palau.

The duo came up with the idea of the ‘Palau Pre Pledge’ – a collaboration with Airbnb to ensure only the right tourists are visiting the country.

By giving local hosts the ability to turn away guests who are not the right fit for their home (and their country) the campaign aims to empower locals with the technology.

It is an idea born from the high percentage of tourists that visit Palau each year and looks to leverage the nation’s “most powerful asset” – its people.

By developing “screening questions” to be displayed on Airbnb prior to any guest bookings being made, local residents can be assured they are welcoming in visitors that are environmentally-conscious.

The campaign encourages questions and dialogue between hosts and prospective guests to build a relationship and uses the hosts as ambassadors. It is also designed to be “highly shareable” so that global visitors become aware this country will refuse the ‘wrong’ types of guests. 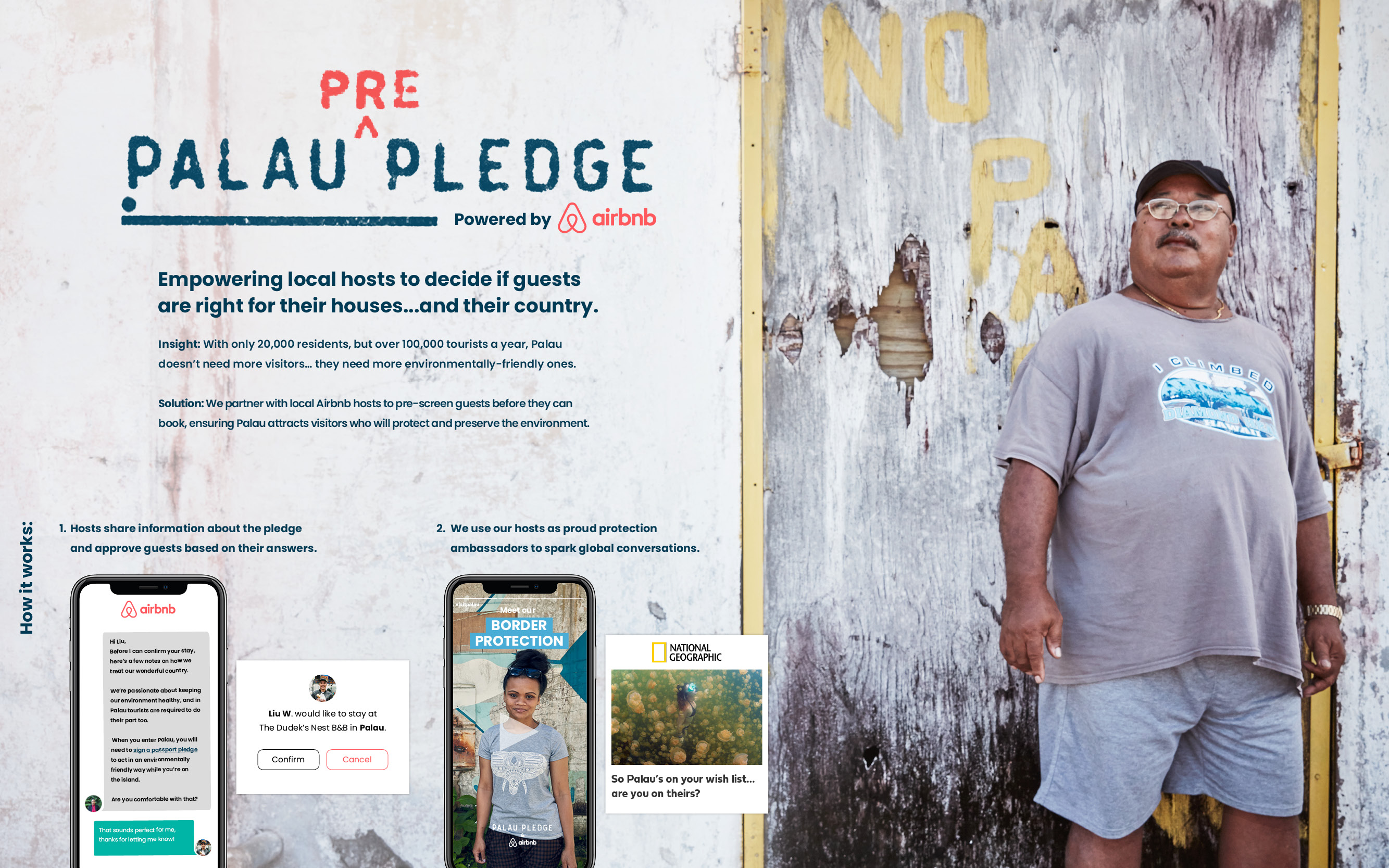 Says Pritchett: “An especially big thanks to Rosie, who didn’t take my 2am ‘maybe let’s change everything’ comment seriously.”

Says Double: “Only because he’d talked me off the ledge around midnight!
“But really, it was a privilege to work on a brief building off the incredible Palau Pledge, so cheers for this opportunity.”

The pair previously competed in Australia’s two local Young Lions competition rounds, sponsored by Snapchat and The Trade Desk, amongst nearly 200 total entries to be named the runners-up of the Australian Young Digital category. 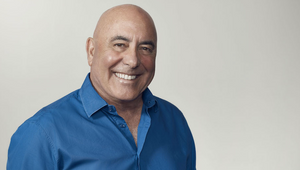 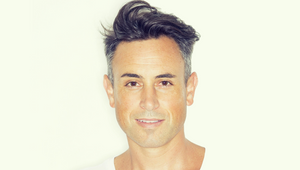 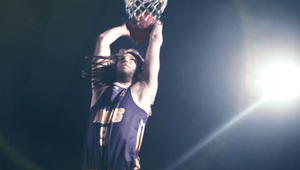 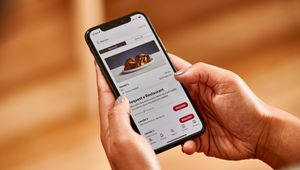