Awards and Events 188 Add to collection 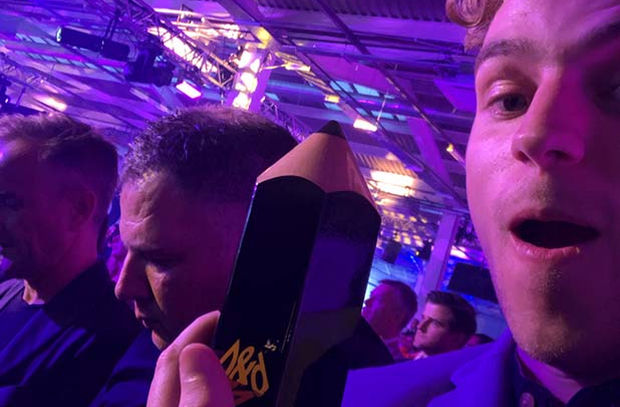 BWM Dentsu Sydney, FINCH/Nakatomi and Haystac have scored one of six coveted Black Pencils for the ALS Association's 'Project Revoice' at the 57th D&AD Professional Awards Ceremony in London. A Black Pencil is the highest accolade in the creative industry. BWM Dentsu Sydney won the Digital Design Black Pencil.

Project Revoice, which also won a Yellow Pencil, three Graphite Pencils and three Wood Pencils, is a digital voice clone that integrates with text-to-speech devices, giving people with ALS (Motor Neurone Disease) the ability to speak in their own voice, even after they physically can’t.

Australia has ranked #7 in the world with 23 Pencils including one Black Pencil, three Yellow Pencils, four Graphite Pencils and 14 Wood Pencils. Yellow Pencils went to The Brand Agency Perth for Foodbank WA ‘Hungry Puffs’ and VMLY&R, Sydney for Alexa 'Lifeline'.

For The People picked up one Graphite and two Wood Pencils. Special Group and Naked Sydney has picked up a Graphite Pencil each.

This year also saw an additional 17 Pencils awarded to “Next” winners. Next is a new D&AD Award subcategory for 2019, introduced in order to recognise individual creatives, designers and crafts practitioners who have worked for no more than three years in the creative industries. Next Pencil winners from Australia include Nic Molyneux and Benjamin Mann from whiteGREY for MPAN ‘Invisible Friends’ and Jason Leigh from M&C Saatchi for Steggles Turkey ‘Turkey – Ugly, But Good for You’.

Says Rob Belgiovane, group chief creative officer, BWM Dentsu Australia: “We’re grateful to the ALS Association for supporting this initiative and the difference it has and will continue to make for Patt Quinn and all people with this debilitating disease. I’m proud of the BWM Group team and our many collaborators who worked so hard to bring this idea to life.”

Wieden + Kennedy claimed one Black Pencil in Integrated for its Dream Crazy campaign for Nike, led by the controversial NFL quarterback Colin Kaepernick, which, on the 30th anniversary of 'Just Do It', celebrated athletes who dreamed crazy, featuring household names like Serena Williams to a girl on a high-school football team.

Xbox Adaptive Controller by Microsoft won one Black Pencil in Product Design for a unified hub for devices that helps make gaming more accessible, that was designed primarily to meet the needs of gamers with limited mobility.

Viva La Vulva by Somesuch and AMV BBDO for Libresse won one Black Pencil for Direction with their campaign designed to foster an open, positive culture to enable women to feel proud and comfortable about talking and caring about their genitals.

In total, 720 Pencils were awarded during D&AD Judging 2019. The number of Pencils awarded by level are as follows:

Although not awarded with a Pencil at the D&AD Awards Ceremony, an additional 889 entries made the shortlist this year. Announced live throughout judging (18 – 20 May), the D&AD Awards Shortlist was introduced in order to acknowledge the volume of high calibre submissions that, even if they didn’t win a Pencil, were in close consideration.

Says Tim Lindsay, CEO, D&AD: “It has been another outstanding year for global creativity, with entries received from 73 countries. The theme for this year’s festival has been “Shaping the Future” and that’s very much been reflected in the campaigns we’ve had the privilege of seeing, many of which attests to the power of creativity to help build a better future. The work I have seen has been fantastic and everyone on the jury and everyone who has seen the final list of Pencil-winning work has been knocked out by the quality. It is a hugely encouraging sign for the buoyant and vibrant direction of our industry.”

President’s Award
This year the President’s Award, the highest D&AD accolade reserved for a chosen few from the creative world, goes to artist and stage designer Es Devlin.

Says Harriet Devoy, president, D&AD: “I am delighted to present this year’s D&AD President’s Award to the unique talent that is Es Devlin. For over two decades she’s designed sets for the world’s leading theatre and opera companies. And her creations for the biggest artists in music mean her work has shaped the Instagram memories of millions. Her craft is incredible. Its scale, awe-inspiring. She turns spaces into spectacles and makes magic happen in front of our eyes. She doesn’t just break the fourth wall, she shatters it in ways no designer has before.”

D&AD will announce Network of the Year and regional rankings in early June 2019. 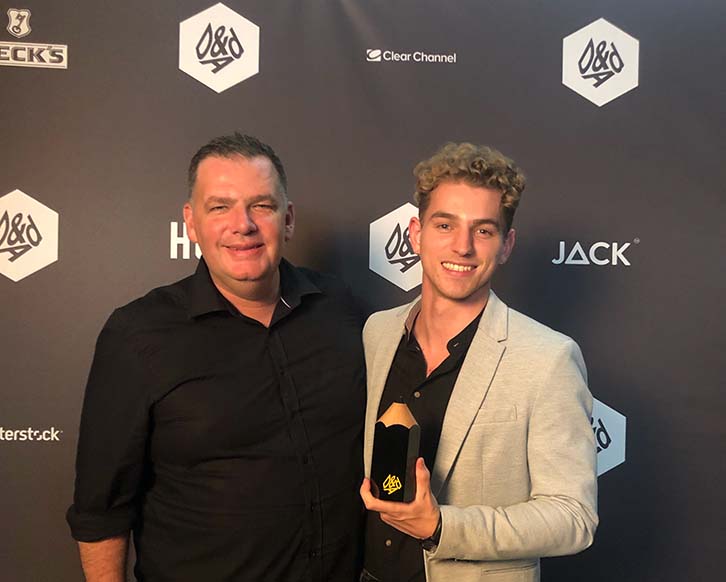