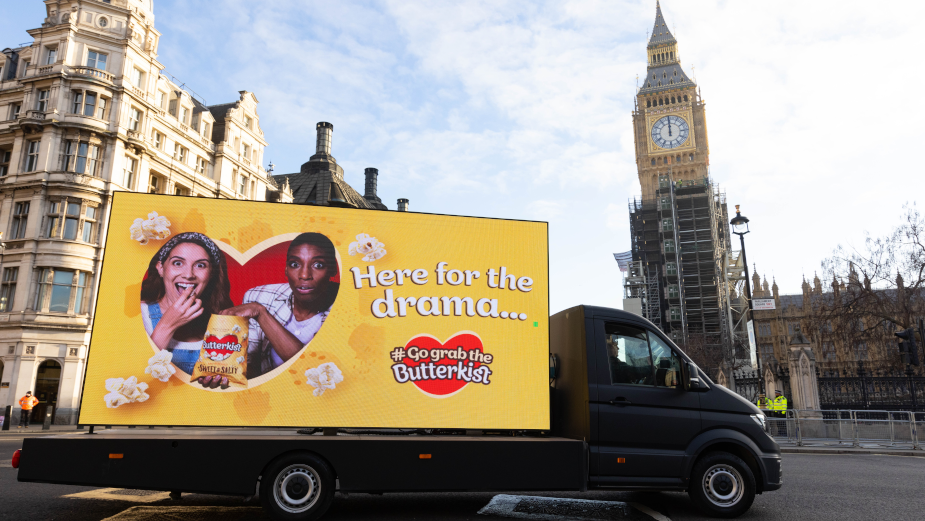 KP Snacks has staged a bold stunt for its Butterkist popcorn brand outside Downing Street, highlighting ‘unmissable moments of drama’, with reference to the ongoing controversy over the number of parties held at Number 10 during lockdown.

In the tongue-in-cheek campaign, supported by tactical creative from St Luke’s, packs of sweet and salty popcorn are being distributed this morning to passers-by, weary journalists and MPs at 10 Downing Street gates, as Sue Gray announces the findings of the ‘work party’ enquiry. The Butterkist branded digital ad van with ‘HERE FOR THE DRAMA’ headline and ‘GO GRAB THE BUTTERKIST’ end line will be reinforced by people wearing yellow Butterkist hoodies handing out the packets of Butterkist popcorn. 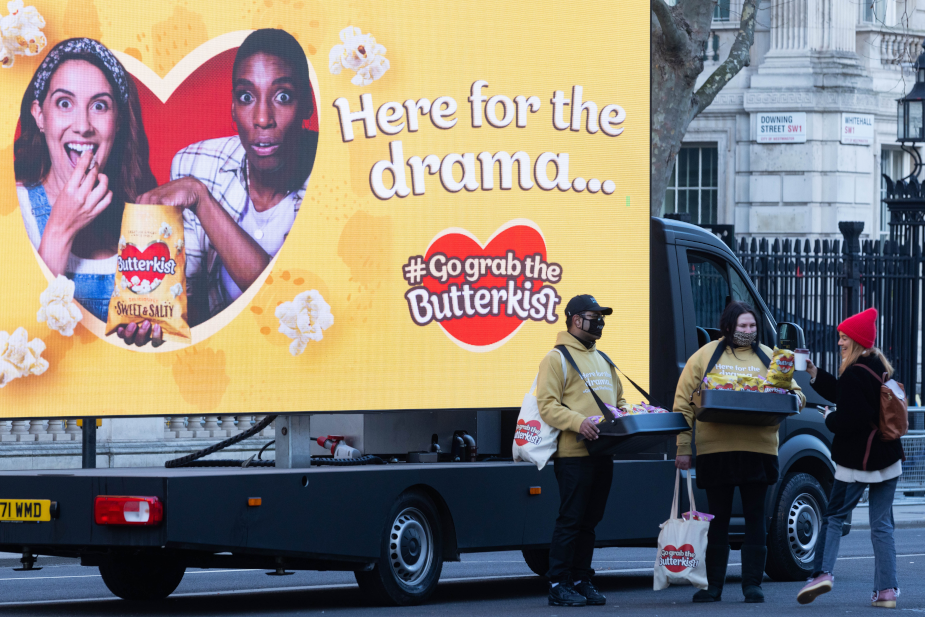 The stunt idea, devised by St. Luke’s and brought to life by PR agency Red Consultancy is being amplified on social media through social posts referencing Butterkist being ‘Here for the drama’, including GIFs commenting on posts as news updates on the enquiry emerge from Downing Street. Tongue-in-cheek posts include: It’s all popping off 🍿 #GoGrabTheButterkist alongside an image of the Butterkist van outside Number 10 and the Houses of Parliament.

Katie Hill, assistant brand manager at Butterkist says: “At Butterkist we are here to elevate those unmissable moments, which is why we thought it was only right that we support the nation as they watch the drama unfold here in Westminster today with the perfect popping snack.” 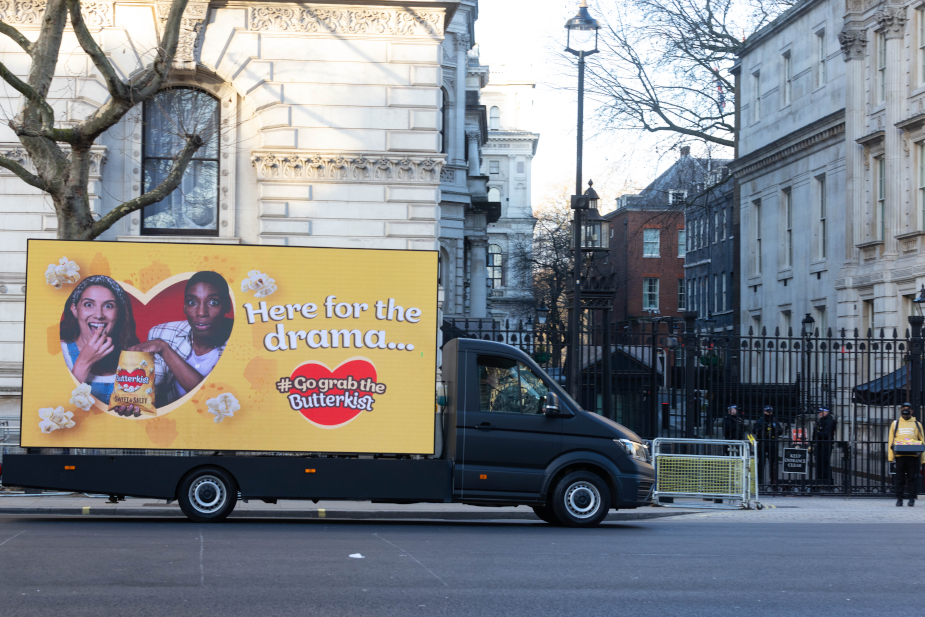 Richard Denney, executive creative director at St Luke’s adds: “The ongoing events at Number 10 has seen politics become pure spectacle. The vast numbers of viral memes alone demonstrate the feelings of the nation. It’s a real spectating popcorn moment and what better way to watch this drama unfold than with a bag of Butterkist?”

The work follows on from Butterkist’s 'Go Grab The Butterkist' activity launched last November, which featured vignettes of family and friends getting together and reacting to different unmissable moments, capturing how these moments have got to be shared with a bag of Butterkist popcorn. 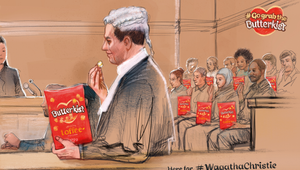 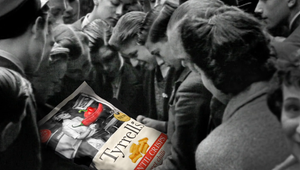 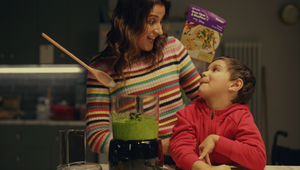 Ocado Teams Up with Disney for Family Focussed Meal Bundles 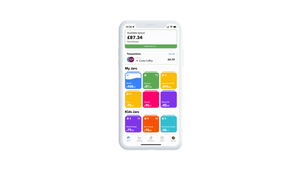 Gett Together Campaign
View all Work