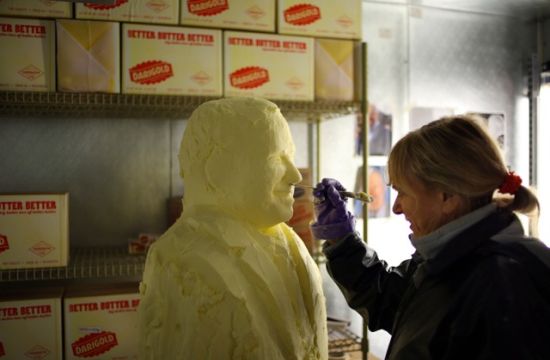 With the hotly contested Seattle Mayoral race weeks away, Darigold has their hat in the ring....or more like their butter. The 100-year-old farmer-owned dairy company is hosting its own side race using a real time social media driven public poll to find out "Who’s the Better Butter Mayor?".  Wexley School for Girls commissioned butter carver Linda Christensen to set up shop at Darigold headquarters and carve Mayor Mike McGinn and challenger state Sen. Ed Murray out of butter. Darigold Facebook fans will vote for the “Better Butter Mayor” through election night.

“Wexley believes that every interaction is a brand touch point and, in order to meaningfully connect with consumers, it’s necessary to do a lot more than make one video or sponsor an event," says Cal McAllister, CEO and Executive Creative Director, Wexley School for Girls. "It’s vital to create a campaign that fosters and encourages creativity across the widest variety of media.” 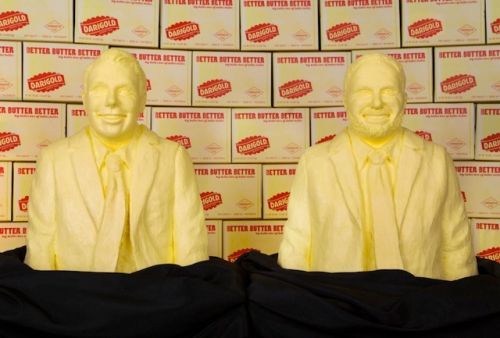 In addition, when Darigold asked Wexley about community sponsorships, Wexley made sure that what the company did was “farmalicious.” As the sponsor for Portland’s popular movie series ‘Flicks on the Bricks,’ Wexley created “The Butter That Melts You,” a series of three movie trailer-style video spots featuring romantic settings and a genuine romance novel model who melts butter through his mesmerizing readings and of course, there was Darigold buttered popcorn and chocolate milk.

Wexley School for Girls, Darigold’s Agency of Record (AOR), is in its second year of the brand's refresh with the Farmalicious campaign, merging Darigold’s farmer roots with the food its products create. The campaign includes billboards with unexpectedly delicious dairy foods, a food obsessed social media platform, butter busts, and experiential product tastings. Wexley brings the brand to life through a scientific mix of digital, social, experiential, and surprisingly traditional advertising.