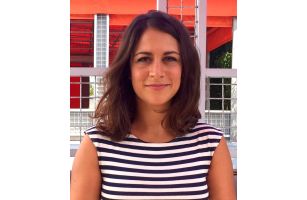 Butter Music + Sound has promoted Annick Mayer to Executive Producer in their Los Angeles studio. Mayer has been with Butter for nearly 4 years as a senior producer in New York and then as a part of the launching team in the Los Angeles office. She has a diverse background in both music and advertising, approaching tasks with a genuine enthusiasm for elevating each and every project through the emotive power of music. The promotion comes ahead of the launch of Butter Music + Sound’s debut European outpost, which will be led by current LA EP Marcus Nelson.

“Annick and I made a great team launching the west coast studio,” says Nelson. “And now that we are up and running I'm off to launch Butter in Europe! It makes perfect sense for Annick to take over, as she has proven to be a driving force in our Butter family and we are grateful to have her.” Mayer adds, “I am so happy to have had the chance to grow the LA office with Marcus, and I am so looking forward to taking on this new and exciting challenge. This is going to be an epic year for us and I couldn’t think of a better team to crush it with! 2016 here we come!”

Mayer followed a love of music to study at Berklee College of Music, eventually making her way to New York City, where she graduated from The New School, studying Music and New Media. She got her professional start at music marketing firm Sneak Attack Media, working with rising artists of the time such as Calvin Harris. She segued her music expertise into journalism, covering the beat as a freelance music writer and expanding that role to include directing and producing video/photo editorials as a Founding editor of creative webzine Arcade44.tv.

In 2010, she shifted into the advertising world, landing as an Associate Integrated Producer at Saatchi & Saatchi NY. Her passion for music was reignited while collaborating with Butter EP Ian Jeffreys and CCO Andrew Sherman on a music showcase with then Butter artist in residence, Kishi Bashi. She officially joined the Butter team in 2012, migrating west to be a part of the team opening the Venice studio in 2014. When not producing award-winning tracks for ads, Mayer spends her time outdoors with her dogs, practicing yoga and hosting BBQs with her emergency contact.