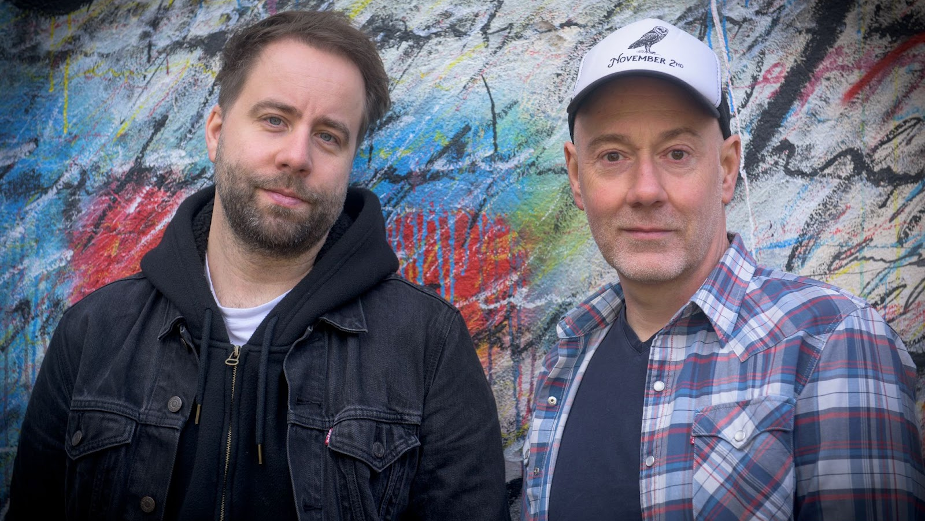 International music and sound collective Butter Music and Sound has opened a Butter Europe headquarters based in Prague, a city steeped in rich musical heritage, headed by executive producer Steve Walsh and ECD Viliam Béreš. The department will continue to elevate the global reach created by Butter with the launch of their Berlin-based studio in 2017. With this groundwork laid in the hip European music market, Walsh will fuse his diverse experience in both the European and US markets to translate Butter’s stateside musical prowess to appeal to European sensibilities.

After working in Nashville for many years as a producer/writer, Walsh relocated to Prague where he joined forces with Béreš, a Czech-born composer and producer. Their partnership quickly blossomed. The pair created the original music score for the Caritas film, “One Human Family'', which has garnered over 3.5 million views. They followed up with original music for the sensationally dry Samdex/Samsonite campaign featuring a trio of disgruntled baggage handlers, and for Post Bellum, a Czech-based non-profit dedicated to documenting witnesses’ memories and personal experiences of historical events from throughout the 20th century, campaigns, “Breaking the Silence” and “Untold Stories”, which resulted in Clio, Cannes Lion, and D&AD awards. Most recently, their music for IKEA and the Red Cross have helped to score the issues of domestic abuse and mental health during the COVID period.

Notes Andrew Sherman, owner/CCO of Butter Music + Sound: “Butter is thrilled to announce the addition of Butter EU, located in Prague, CZ, which is truly a full circle moment for our company. Steve was our first additional composer hired in 1999, six months after we opened our doors. Since then the company has grown tenfold, and it makes perfect sense that he would be back to lead the EU team from halfway around the world. The talent and resources in Prague are really second to none, and we are thrilled to continue this adventure with them in our arsenal."

Adds Steve: "Butter is a one of a kind company with amazing people and coming full circle to where I got my start feels like coming home. In an industry where first-class music is the price of entry, Butter’s success is built on deep and meaningful client relationships which we are excited to expand and develop with our European partners."

Steve began his career in New York as Butter’s (then Fluid) first staff composer. After departing to produce and compose music independently full-time, he joined BANG Music + Audio Post as executive producer before returning to the Butter network with Butter Music + Sound in February, 2020. Butter EU ECD Béreš is known for his bespoke music scores and cutting-edge electronic tracks. Emotional, unexpected, and honest, his scores are worlds unto their own and have contributed to numerous award-winning commercials. In addition, Béreš’ band, Lanugo, is a Czech-indie favorite.