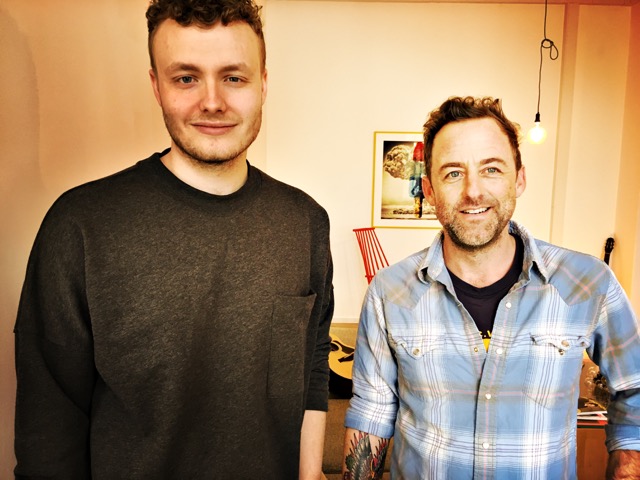 Music shop Butter Music and Sound has opened their first European office, choosing Berlin and the bustling Potsdamer Strasse district to be their outpost, led by Berlin Managing Director Marcus Nelson. Nelson joined Butter in 2012 as Executive Producer and opened Butter’s debut West Coast office, bringing with him over a decade of diverse experience in the advertising industry. He is joined by Vienna, Austria-born Creative Director Jakob Rabitsch, who also relocated from Butter’s Venice, CA office. Building upon Butter’s international presence with composers hailing from Paris, Berlin, Austria and Holland, the opening of the Berlin office will further solidify the shop’s global aesthetic and reach. Recent work out of Butter Berlin includes collaboration with Pharrell Williams and Saeed Barhoush at Sony ATV, as music partner on ‘Wir Zusammen’ the Refugee Integration Project, which launched on April 23rd, 2017, directed by Elliott Rauch at Stink Films, and produced by Julia Cramer at Jung von Matt in Berlin.

The move for Nelson was a natural choice, being half Berliner and fluent in German. A European expansion, in addition to its current offices in NYC and LA, allows Butter to have composers available to work on all jobs virtually around-the-clock, regardless of geo-location.

“Berlin and its energy is incredible; it really is the creative mecca of Europe, producing fearless ideas while managing to keep the sacred live / work balance in check,” notes Nelson. “As we continue to lend sonic support through concepting, original composition, music supervision and V/O recording, we are grateful to be working with an abundance of creative people in the Currywurst capital of the world.”

Rabitsch grew up in a musical family in Vienna, soaking up the sonic skills of his father, renowned Austrian musician and producer Thomas Rabitsch. He began classical piano lessons at age ten and attended the only music high school in the area. After high school he moved stateside to attend the prestigious Berklee College of Music as a scholarship student, graduating summa cum laude in 2016, majoring in Contemporary Songwriting and Production with a minor in Writing for TV and New Media. Following graduation, he moved to Los Angeles where he worked as an intern for legendary film composer James Newton Howard before joining Butter as a staff composer. With a broad range of musical endeavors under his belt, Rabitsch has provided scores and arrangements for Austrian TV, international advertisements, and has also performed with numerous artists and groups on three continents. He records and performs under the name Yakob and is a freelance producer and musician. Most recently, he worked on 6lack’s album “Free 6lack” (Interscope) as a writer, producer and instrumentalist on several tracks. The album reached No. 1 on the iTunes R&B/Soul album charts, as well as No. 8 on the R&B Billboard album charts.