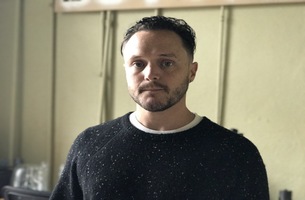 Bicoastal music shop Butter Music and Sound has launched a new music library called Haystack, bringing on board seasoned Music Supervisor Chip Herter as Director of Creative Sync Services in their Los Angeles office. The comprehensive one-stop music licensing catalog was designed with the needs of filmmakers and music supervisors front-of-mind, with splits available for full customisation of every track to accommodate the multitude of lengths for digital content as well as being a direct destination for clearing all tracks. Beyond advertising, Haystack will provide comprehensive music resources for television, film and beyond.

Butter will continue to offer its signature award-winning original compositions for brands such as Clash of  Clans, Ragu, DIRECTV, Samsung, Duracell and Hyatt, with Herter working as a Music Supervisor on select Butter projects.

In addition to Butter’s collection of production music, Haystack is growing quickly to incorporate content from other labels and publishers. Deals are already in the works with a number of diverse and notable international labels. Additionally, Haystack will be collaborating with up-and-coming artists and bands for residencies that will generate exclusive, cutting-edge content.

Notes Butter Los Angeles Executive Producer Annick Mayer, “Chip not only brings such a wealth of experience in music supervision to Haystack, but also an in depth knowledge of the intricacies and potential emotive power of music in the branded content space. We’re thrilled to have him join the LA team and leading the Haystack growth!”

Adds Herter, “This is a golden opportunity to work with the pros at Butter to further my belief that music has a transformative power. I’ve long since admired Butter’s ability to work outside the perimeters of the average music company. Working with this team—especially to develop Haystack as a well known resource for awesome sync music—is going to yield some magical results.”

After earning a BFA in Film & TV Production from Chapman University, Herter followed his lifelong passion for music to work as a Music Producer at Crispin Porter + Bogusky in Los Angeles. He honed his craft and his talents by pairing musical accompaniment with top-tier ad campaigns for such top clients as Coca-Cola, Microsoft, Best Buy, KRAFT and Dominos, among others. In 2014, Herter launched full-service musical supervision company SYNC or SWIM, providing custom and licensed pieces for advertising, film, TV and new media projects. The success furthered Herter’s endeavours to connect mass audiences with novel ideas through music.