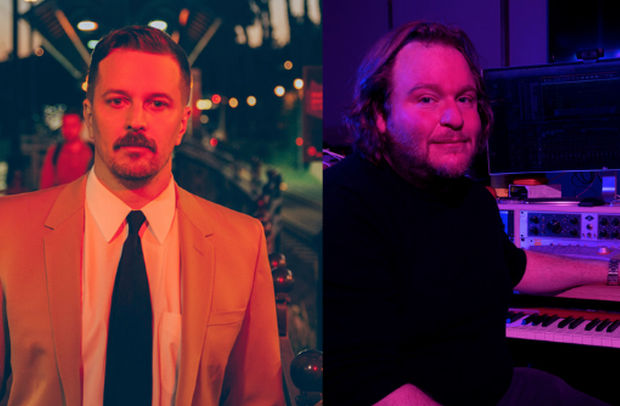 International music shop Butter Music and Sound has expanded its in-house creative offerings with the addition of two new executive creative directors, with Tim Kvasnosky taking the helm in Los Angeles and Aaron Kotler in New York. The newly-appointed ECDs will maintain creative oversight on all projects going through the Los Angeles and New York offices, managing workflow across staff and freelance talent, composing on a wide range of projects, and supporting and mentoring in-house talent and staff.

Kvasnosky and Kotler both bring extensive experience as composers and musicians, with backgrounds crafting original music for commercials, film and television. They also maintain active careers in the entertainment and performance spaces. Kvasnosky recently scored the feature film Jeremiah Terminator LeRoy, starring Kristen Stewart and Laura Dern, awaiting its theatrical debut in April 2019 after a successful launch at the Toronto Film Festival. Kotler continues to perform and record regularly with groups such as the avant-garde big band “The Awakening Orchestra,” Ethel & the Chordtones, and Jeremy Bass.

Notes Kvasnosky, “It’s very exciting to have the opportunity to be a part of the dynamic creative community that Butter has built. They have such an impressive powerhouse of talent and I’m looking forward to helping them continue to grow their Los Angeles presence.”

“After spending my whole career as a freelancer, it’s an incredible opportunity to synthesize all of those experiences, be a part of a team and really influence the big picture,” adds Kotler. “The team at Butter is so talented and truly has a family vibe, and I’m looking forward to a lot of exciting collaborations.”

Tim Kvasnosky is a composer and music producer with extensive experience across film, TV, advertising and recording. A Seattle native who studied at NYU, he worked as a jazz pianist and studio musician before composing for television and film. His tracks have been licensed in countless television shows and films, and his house music work garnered three Top 5 Billboard club mixes in the late 2000's. Kvasnosky has been a producer and remixer on releases for Warner Brothers Records, Verve Records, Om Records, Stone's Throw, Reprise Records, Atlantic Records, EMI and Universal Music. He has scored commercial campaigns for many top advertisers including Nike, Google, McDonalds, Amazon, Target and VW.

Along with Detroit based music producer Waajeed, and singer Dede Reynolds, Kvasnosky formed the electronic group "Tiny Hearts." Their debut 2013 EP "Stay" premiered on the Boiler Room music series and was featured on NPR, BBC1, Pigeons and Planes and Vice/Noisey.

Native New Yorker Kotler holds a Bachelor of Music from Northwestern University School of Music and a Masters in Music from Manhattan School of Music, both in Jazz Piano Performance. He began his career as a performer and studio musician, playing in a variety of bands, genres including neo-soul, avante-garde jazz, funk, rock and more. He also music directed “Jihad! The Musical” to a month of sold-out performances at the Edinburgh Fringe Festival. Since then, he has composed commercials, themes and sonic branding campaigns for a wide range of brands such as AT&T, Coca Cola, Nike, Verizon, PlayStation, Samsung and Honda. He has also arranged music for “American Idol,” The Emmys, and scored films that were screened at top film festivals, as well as co-produce Nadje Noordhuis’ debut record. In 2013, he teamed up with Michael MacAllister to co-design and build Creekside Sound, a recording and production studio in Brooklyn. Their goal was to create an innovative space with the flexibility to take on nearly any scale of project, built on the belief that community fosters greater creativity.