Nick has cut for brands including Microsoft, Audi and EA Sports 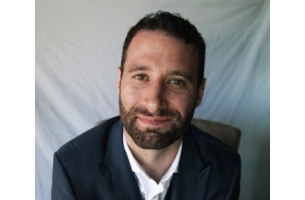 “With every project, I always want to create something that has an impact on the audience. Whether it’s through style, or substance, or just elegant simplicity. I want to complement every project in its own unique way and mold it to connect to the audience the best I can,” said Pezzillo.

Aside from his commercial work, Pezzillo also has several award-winning short films and music videos in his portfolio including the recent short documentary, A Supporting Role, that is currently up for a silver or gold Addy to be announced early March 2015. His music video credits include: Arctic Monkeys, Alex Clare, Portugal the Man, Andy Grammar, King Krule to name a few.

“Nick is one of these new breeds of young editors,” commented BUTCHER Executive Producer Rob Van… “very creatively driven, fearless in the face of technology, and extremely dedicated to each project.”

Pezzillo’s addition to the BUTCHER roster adds a unique point of view to the already talented group of creatives. “I love the boutique atmosphere Rob and his team have built, and I’m excited to be at a shop where the seriousness of getting work done and the fun of doing it go hand in hand,” he said.

BUTCHER welcomes Pezzillo on the heels of a company expansion, and the addition of a VFX division. Recent standout editorial work for brands include: Honda, Chevy, Coke and Motorola, as well as creating the opening titles for Jamie Marshall’s upcoming feature-length thriller, The Guilty Innocent.