‘Bust out the Beanz’ From GPY&R Melbourne 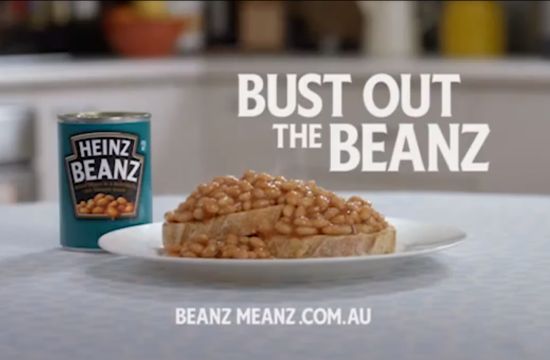 GPY&R Melbourne and Heinz have created a major new brand campaign for Heinz Beanz. ‘Bust out the Beanz’ encourages consumers to rekindle the love they have for this treasured Aussie classic, and ‘bust out’ their forgotten cans of Heinz Beanz left in the cupboard. Tom Ward, Head of Strategy and Insights at GPY&R noted, “Our challenge with this campaign was unique. We didn't need to convince people to buy baked beans, or even Heinz Beanz. Every day Heinz Beanz move off the supermarket shelf, into the trolley and into the cupboard. The problem is that all too often that is where they stay, to the point that people will sometimes end up with two or three cans tucked away.”