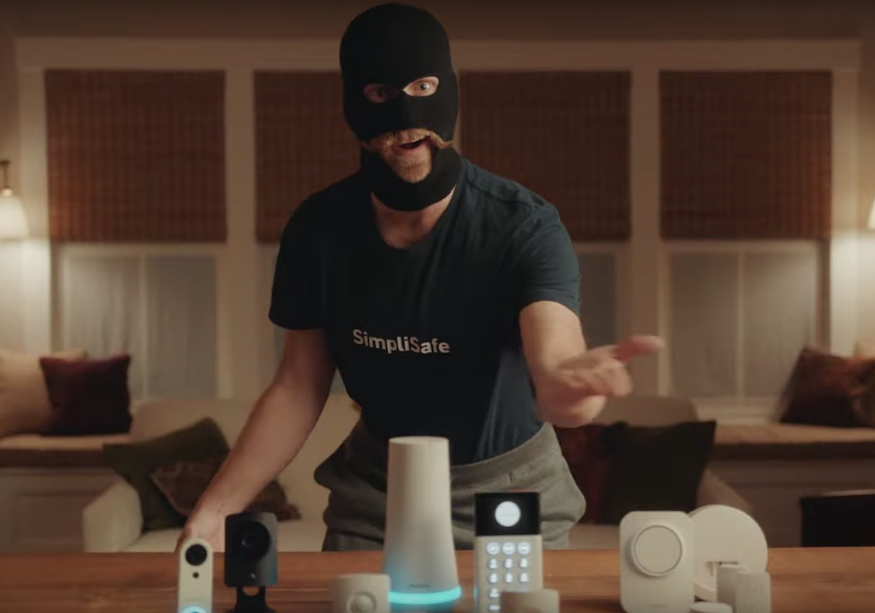 New 'spokesperson' Robbert Larson is a devoted family man whose professional life as self-described 'full-time burglar, part-time con man' has turned him into a home security aficionado. In a series of recently released spots, Robbert demonstrates practical use cases for SimpliSafe’s line of security products in a comical and engaging way.

Robbert himself is portrayed by actor Peter Davis, who has appeared in films including 'Eat Pray Love', and is one of the three members of Calyer, the directing team behind the new campaign.

With his tongue-in-cheek quips and slapstick moves, Robbert uses humour to promote SimpliSafe's products - a radically different approach than that taken by typical home security commercials. Robbert spots run with the tagline 'Protect Home Like a Pro', cheekily emphasising the idea that a burglar is one of the best experts on home security.

In one spot, Robbert uses his Video Doorbell Pro in conjunction with a SimpliSafe Smart Lock to receive a pizza delivery while lounging in his bathtub. In another, Robbert catches a different burglar attempting to break into his home, only to be foiled by an entry sensor. “You’re losing your touch, Larry!” Robbert jeers.

“No other home security company would be brave enough to hit 'play' on Robbert Larson,” said SimpliSafe’s creative director Wade Devers, who created the character. "But if you want to teach consumers how to avoid the pitfalls of other so-called 'security solutions' - from gizmos masquerading as real security to companies robbing you with binding, long-term contracts - a burglar is actually your best bet.”

The SimpliSafe internal creative team dreamed up Robbert to drive brand awareness and sales of SimpliSafe security products, and brought him to life by partnering with full-service video production and post-production company ELEMENT Productions and directing team Calyer.

“Casting was always going to be central to the success of this campaign, and we needed a production partner who could think creatively and efficiently to utilise our budget,” said Devers. “ELEMENT and Calyer were the clear choice. A directing team with great creative instincts and an appetite for problem-solving delivered a campaign full of assets with the right level of production to match the quality of our brand and products.”

"Collaborating with the SimpliSafe team was fun and Calyer provided lots of laughter on set,” said ELEMENT CEO and Executive Producer Eran Lobel. “We utilised our full suite of integrated production and post services to help SimpliSafe quickly turn around an amazing volume of quality assets that we're all proud of."