Burger King’s “Moldy Whopper” Wins Best of Show, DAVID Miami Named Agency of the Year At The One Show 2020

“Recognizing and elevating this amazing work from around the world is some positive news that can inspire the industry,” said Kevin Swanepoel, CEO, The One Club. 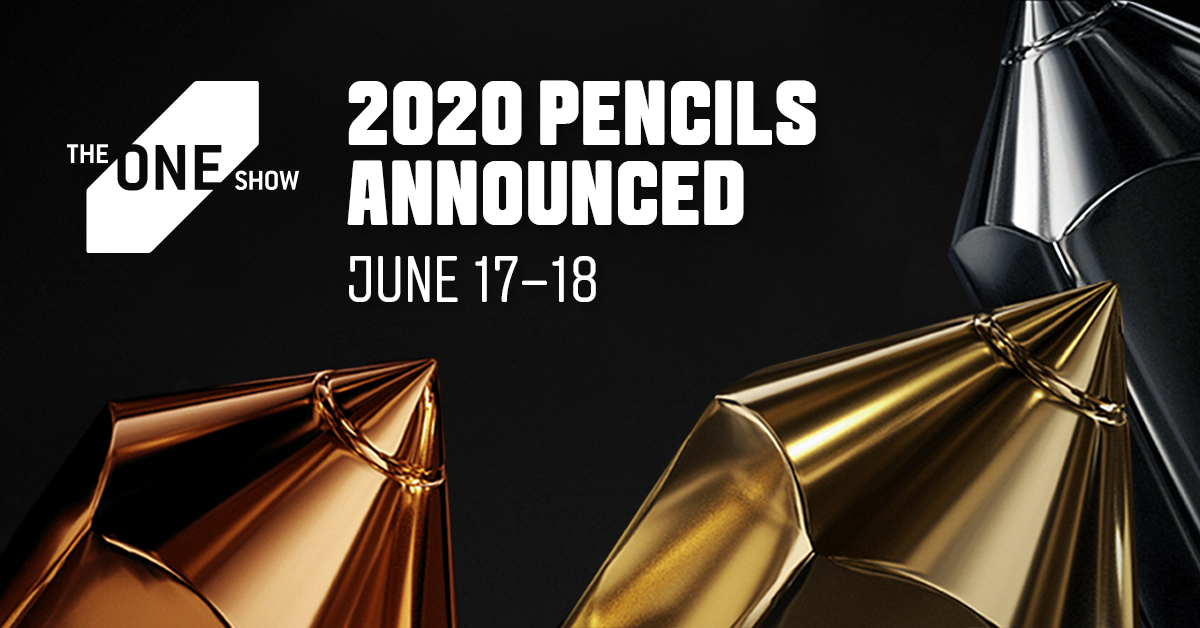 Burger King’s “Moldy Whopper” was the big winner in The One Show 2020, this year’s largest global awards program for advertising and design, produced by The One Club for Creativity.

The jury of more than 200 global creative leaders selected “Moldy Whopper”, created by INGO Stockholm with DAVID Miami and Publicis Bucharest, as Best of Show and Best of Discipline winner in Film, Integrated, Out-of-Home and Print.  Overall, the work won 18 Gold Pencils, four Silver, one Bronze and one Merit.

This year’s top honors, based upon cumulative One Show 2020 Pencils and Merits won across all disciplines, are:

The One Show 2020 Best of Discipline winners are:

The One Show 2020 Special Awards

The prestigious One Show Penta Pencil, awarded to the agency and brand who together have created stellar creative work for the last five years, was presented to McCann New York and client Microsoft.

There were two winners of The One Show Green Pencil, recognizing the most environmentally conscious creative work for the year.  Jung von Matt with Markenfilm CROSSING and Markenfilm SPACE, all in Hamburg, received the honor for “For Seasons – composed by climate data” on behalf of NDR Elbphilharmonie Orchester.  Superunion London also won a Green Pencil for work on behalf of Notpla.

There were also two Gold winners of the inaugural One Show Sustainable Development Pencil, created in cooperation with the United Nations Office for Partnerships and nonprofit PVBLIC Foundation to reward agencies and brands who utilize their talents and resources to create work which betters the world and contributes to securing a sustainable future for all.

Finch Paddington with Clemenger BBDO Global and D.A.M. Paddington received a One Show Sustainable Development Gold Pencil for work on behalf of The Lion's Share Fund.  Marcel Paris also won a Gold in the new discipline for “Black Supermarket” on behalf of Carrefour.

The One Show Cultural Driver Gold Pencil went to Scholz & Friends Berlin for “The Tampon Book: a book against tax discrimination” on behalf of The Female Company.  This special award recognizes influential ideas and executions that had a major impact in their respective cultures and environments, and exist outside the traditional categories in advertising and design.

“Recognizing and elevating this amazing work from around the world is some positive news that can inspire the industry,” said Kevin Swanepoel, CEO, The One Club.  “As a nonprofit organization with the mission to support the creative community, our goal has been to help unify and uplift the industry by providing this year’s largest global platform for showcasing creative excellence.”

All of this year’s Pencil winners can be viewed at the specially-built TheOne Show 2020 Winners' Showcase.  Pencil winners are presented on the platform by discipline, allowing visitors to view work case studies and credits, and also search for winners by agency, creative, brand, discipline and region.

A total of 19,688 pieces from 71 countries were entered into The One Show 2020.  This year’s jury upheld the show’s long-standing high standards as one of the industry’s most difficult honors to win, awarding just 552 Pencils: 171 Golds, 169 Silver and 213 Bronze.

A list of all 2020 Pencil and Merit winners is available here.

This year’s special awards winners were announced in a “The One Show For All”-themed streaming video created by improv hip-hop group and Broadway stars Freestyle Love Supreme, who developed entertaining and uplifting original content in their unique style.  The video can be viewed on The One Club website and social channels..

“The One Show For All” theme reflects The One Club’s nonprofit quest to rally unity and empathy within the creative community as it deals with industry issues such as furloughs and layoffs, as well as larger societal issues including racial injustice and COVID-19 pandemic.

The One Club awards shows each have their distinct focus.  The One Show judges focus on creativity of ideas and quality of execution, while ADC Annual Awards juries maintain their historic concentration as the champion for craft, design and innovation.

The One Club Announces Global Finalists For Young Guns 19