Burger King Tells a Whopper Outside the UK Parliament 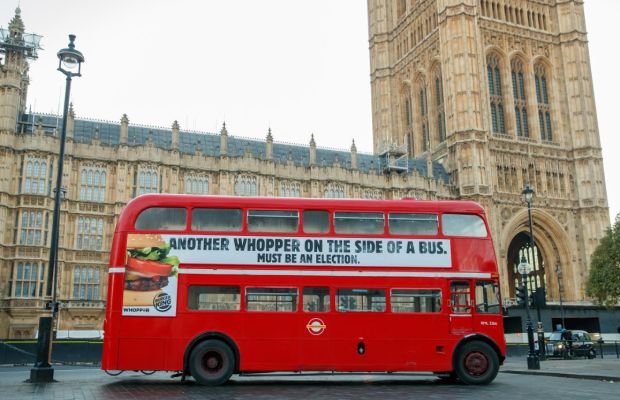 In Britain, there's nothing new about a Whopper on the side of a bus, especially when it comes to election time.

However, that hasn't stopped Burger King and BBH providing a fresh take on the genre with their innovative campaign. Parked outside the UK's parliament, a bus emblazoned with an election-themed ad for the chain's signature burger got the country talking, with a huge amount of press and social media coverage.

Speaking to LBB, BBH's chief creative officer Ian Heartfield said "This is how advertising is meant to work. Phil & Stu came up with a killer idea, a brave client didn’t hesitate to approve it, we got it made and out onto the streets in next to no time, the nation started talking about it.  Job done."

You can check out a gallery of images of the ad outside parliament below: