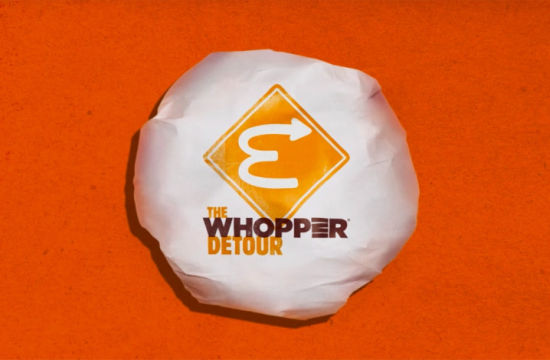 McDonald's outnumbers Burger King in terms of restaurants in the United States by two-to-one. This is great for McDonald's but not so much for FCB New York client Burger King.

So, how do you tackle this issue without physically opening more establishments? This cheeky campaign by FCB did exactly that by selling Burger King Whoppers at McDonald's. But that's not it. They cost 1 cent.

What's the catch? Well, the newly updated Burger King app includes an order-ahead feature. FCB tweaked the app to geofence McDonald's restaurants so that this 'Whopper Detour' promotion only unlocks when people are within 600 feet of a McDonald's.

Burger King is lovin' it right in its biggest competitors face.