Burger King Invites an Army of Clowns to Celebrate Halloween 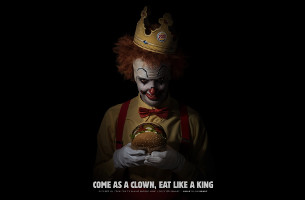 Clowns are the third most sought after Halloween costume of 2017. With this in mind, the Burger King brand creates Scary Clown Night. This Halloween, a select Burger King restaurant in the UK will be full of frightening clowns eating flame grilled Whopper sandwiches and Halloween will never be the same.

To participate in the UK, thrill seekers should head down to the Burger King restaurant at Leicester Square on 28th October dressed as a clown between 7pm and 3am to claim their free Whopper sandwich.* But you’ll need to hurry – the offer is limited to the first 500 guests wearing a clown costume only.

Renato Rossi, Head of Marketing for Burger King UK, said: "The Burger King brand is known for welcoming all customers and putting the crown on everyone’s head. This Halloween, come like a clown to eat like a king!”

The campaign will launch on social media and will include a ‘very scary’ video, directed by award-winning filmmaker Rodrigo Cortés - known for movies like `Buried´ starring Ryan Reynolds and `Red Lights´ starring Robert De Niro and Cillian Murphy. The creative agency behind the campaign is LOLA MullenLowe, Madrid. 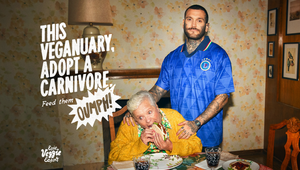 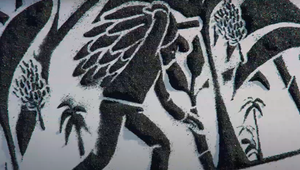