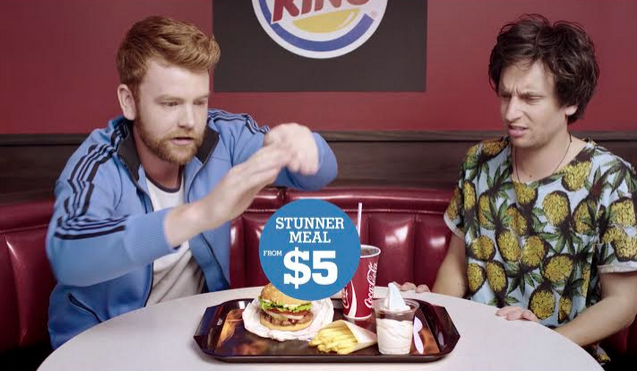 Colenso BBDO learned over-night that it will have the honour of collecting two Webby Awards at the 19th annual Webby Awards celebration on the 18th of May in New York – a ‘Webby’ for the Best Use of Online Media for Burger King’s innovative ‘Anti Pre-Roll’ campaign and a ‘People’s Voice’ award in the Best Use of Social Media category for ‘Motel BK’. Both awards were won in the Advertising and Media section.

This years Webby Awards received in nearly 13,000 entries from more than 60 countries. All major digital media categories are recognised in the Webby’s including: Websites, Interactive Advertising & Media, Online Film & Video, Mobile Sites & Apps, and Social. The ‘Webby’ awards are judged by a panel of luminaries from across the world of digital media and only five nominees in each category make the shortlist as finalists. In the ‘People’s Voice’ awards the winners are selected by the public through online voting from the finalists shortlist.

Neville Doyle, digital planning director at Colenso BBDO, said, “For the last 19 years the Webbys have led the way when it comes to honouring excellence in digital media. As the New York Times put it, they are ‘The Internet’s Highest Honour’. With over two million votes cast in this years ‘People’s Voice’ part of the awards, we are utterly delighted that our Motel Burger King campaign was seen by the rest of the internet as worthy of their support. For us then to also have another campaign selected by the judging panel as the Best Use of Online Media is truly special. We are all absolutely stoked.”

For Colenso BBDO these awards mark a significant step forward for the agency.

Nick Garrett, CEO of Colenso BBDO said, “In recent years we’ve made a huge investement in our digital capabilties so we can create truly integrated work for our clients that really works. We’ve also entered the Webby Awards a number of times and only ever won one award, so to pick up twice in one year is fantastice news. But more importantly it shows we are heading in the right direction.”