Burger King and Wolf BCPP surprise with a new combo called ‘The Referendum Whopper’, which will include free blue pens necessary to vote this Sunday 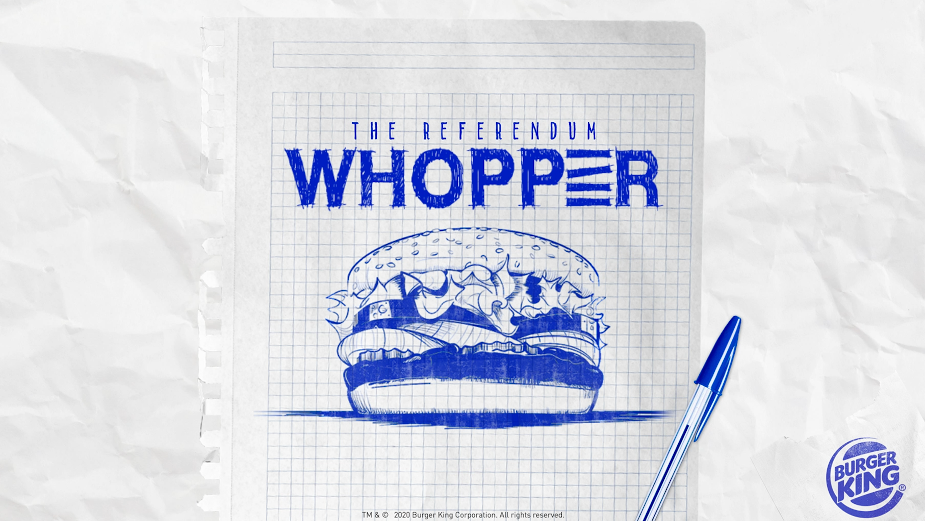 This Sunday, Chile will be involved in a historic process, a referendum to decide if the country makes changes or not its constitution, written during the dictatorship of Augusto Pinochet back in the 80s.

Considering the fact this political process will move a critical mass of people during the pandemic, the government has tightened the measures to prevent contagion and among these is that each voter must carry their own personal blue pen that will be non-transferable.

In this scenario, Burger King has decided to partner with UberEats in order to create and release a meal combo that will exist only during Saturday 24th, The Referendum Whopper, which will include a free blue pen to express yourself, your way, at the polls.

“As a brand, we are always inviting our consumers to live by the 'Your way!' philosophy, so in a historical moment for our country and when people need to express themselves more than ever, we believe there's no better thing to give them the necessary tools to vote in a safe way during the pandemic and invite them to express the way they want." adds Soledad Fantuzzi, Burger King Chile, marketing manager.

With the first reactions of the campaign on social media and thousands of blue pens distributed in more than 50 different restaurants across the country, both brands are expecting a big amount of orders in the Uber Eats app through the weekend in order to get a Referendum Whopper.