Bumble Keeps Meaningful Connections Close When We Have to Stay Apart 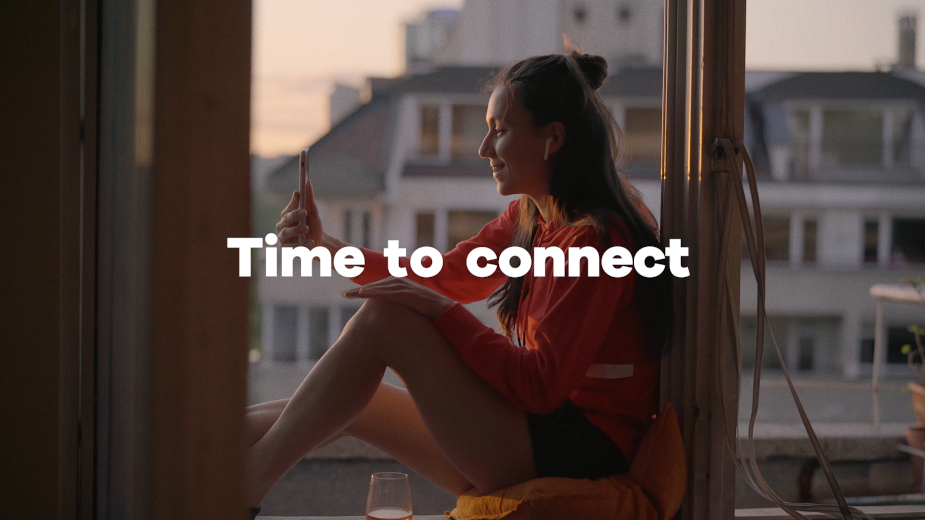 Bumble, the women-first social networking app, has today launched a new campaign about the importance of connections during lockdown. The film called ‘Time to Connect’, is produced in collaboration with creative agency Mother and reflects the shift in behaviour many of us have experienced as a result of Covid-19.

For many, their habits and pace of life have slowed down drastically since lockdown measures were introduced in March.

Bumble, the popular app with more than 95 million users worldwide, has found that this is particularly true with the way people are connecting to each other.

From online home workouts and cocktail making classes, to virtual dates and a return to old fashioned courtship, it’s users have spent the last few months learning to navigate the new virtual world.

The concept for the UK and Ireland campaign is founded on recent Bumble research which showed that lockdown is causing people to prioritise what and who matters most. Users are making deeper connections with friends and family, as well as new dating connections.

Virtual connections have also become the new norm, with one in five Bumble users virtual dating during lockdown. Lockdown has also shown daters the value of ‘extended courtship’, with 46% of Bumble users saying lockdown has shown them the rewards of spending more time chatting and getting to know someone first - which they intend to continue doing even beyond lockdown.

Throughout this period, Bumble has seen a significant rise in the use of in-app video and voice calling features. In the UK, there has been a 42% increase of in-app video calls since mid-March, when lockdown began.

The 30-second campaign film shows the many ways our priorities have changed before and after lockdown. ‘Time to Connect’ contrasts the frantic pace of ‘normal’ life to the slower pace of life at the moment. The split-screen format in the first half of the film shows how fast-moving life was before.

The second half of the film reflects on life today, and switches to slower, single-frame shots that show how some people’s priorities have changed during this time. This shift explores the many ways that people are using a slower period in their lives to enjoy deeper and more meaningful connections, prioritising what matters most to them.

Naomi Walkland, Bumble’s associate director of marketing said: “This campaign is all about reflecting on the many ways our lives have changed and slowed down during these tough times. Whether you’re speaking to friends, families, or loved ones, connections matter now more than ever. We wanted to highlight how our community is using this time to prioritise what matters most to them, and we hope that this video will remind people of all the great connections they’ve made and will continue to make.”

Ana Balarin, partner and executive creative director at Mother said: “One positive takeout of this unexpected lockdown is that it has given us time to re-evaluate the frantic pace that we were living, which affected the way we carried our relationships. Hopefully, as life goes back to normal, we will take these learnings forward and change how we connect for the better. In this film we’ve tried to capture and contrast those two states of mind, and end in a message of hope for those in search of meaningful connections.”

Bumble used pre-existing footage and animation to create the film. Bumble followed all government guidelines when producing the film.