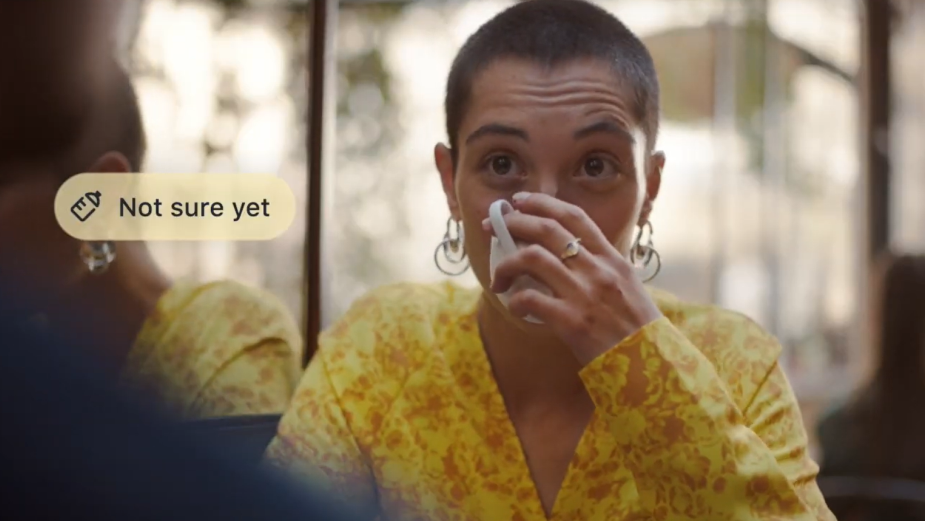 Bumble, the women-first dating app, has today launched its new campaign, encouraging women across Europe to date on their own terms.

The campaign, titled 'Fall in Love with Dating’, spotlights dating itself and the process of relishing the experiences in between being single and in a relationship, and discovering what you want from dating and potential partners.

Created in collaboration with 72andSunny Amsterdam, the film challenges dating expectations through the eyes of a woman owning her dating journey as a place for self-discovery and exploration. The campaign inspires women to do the same and celebrates those who take control of their dating lives.

Research by the popular dating app has found that while people are eager to ‘reset’ their dating lives, they are approaching dating in a different way. Single people are feeling more confident about what they want in a partner  but they are not limiting themselves to predetermined dating ‘goals’. In fact, in the UK a third of people (32%) would describe their approach to dating as exploratory* and 70% would go on up to four dates a week in order to meet as many people as possible.

The launch film, directed by Stockholm based Sheila Johansson, takes us through a cinematographic journey of one woman's dating journey, focusing on the process of exploring and discovering what she wants and the ownership of her dating life.

It follows a woman’s dating life, including moments we all know: asking your friends for advice, the first time you cook for a new date, and brushing your teeth with your finger when you first stay the night. The relatable campaign embraces the good and the bad dates, the people you meet, and the process of discovering what you want along the way.

Naomi Walkland, Bumble’s VP for Europe, Middle East & Africa said: “There is no right or wrong way to date and dating in itself is something to be celebrated. Often, it's only in retrospect that we realise how much we discovered about ourselves in the process of dating and how the dates, both good and bad, were part of getting to know what we want. We’re seeing that the pandemic has forced people to reflect a lot and they are approaching dating in a different, more exploratory and less rigid way. We wanted to celebrate this with our campaign and encourage women to own their journey.”

“Society tells us we’re supposed to love being in a relationship and hate everything that happens in-between. As women, we are hard-wired to dislike everything that doesn't end in a long term relationship. There’s already so much that we need to figure out in life, that we wanted to bring some levity to dating - we all need to reframe what that journey looks like, and the beautiful messiness it brings, that makes it worth living“, says Laura Visco, Executive Creative Director at 72andSunny Amsterdam, who met her partner on Bumble.

'Fall in Love with Dating' is also now live in Germany with eight European countries to follow in the coming weeks, including France, UK, The Netherlands, Sweden, and Israel.