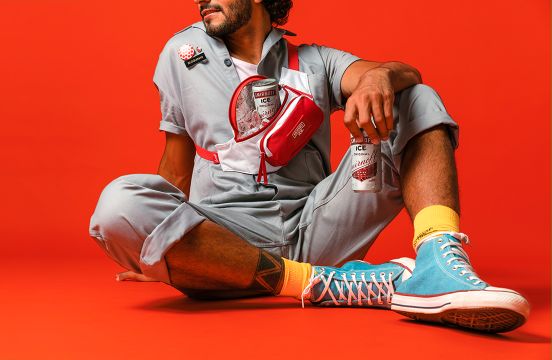 Bum Bags have long featured in the outfit of Brazilian revellers during Carnival. Smirnoff Ice is launching a perfect model for those partying on the streets: the Bum Bag Cooler  This dream product comes with an insulated pouch that fits two Ice cans plus ice.

A fashion icon of the 1990s, Bum Bags are back. Redesigned for international runways, they are now a streetwear hit. Smirnoff Ice, from Diageo brand, global leader company in premium alcoholic beverages, has adopted that trend for its new positioning. Created by CP+B Brazil, the concept 'The new trend you already know' is the basis of the brand’s entire communications strategy, which includes the release of new packaging and the new formula with the original flavour.

The campaign brings fashion and lifestyle elements of the 1990s, the same decade that saw the emergence of Ice – all of which is considered a trend, even to this day. “The Smirnoff Ice product was born in the '90s and has remained in vogue to this day. Carnival season is key to the brand, and it’s only natural that we’d make a statement by bringing out another innovation,” explains João Matos, head of marketing for Diageo in Brazil.

The limited edition accessory can be purchased at The Bar, Diageo’s e-commerce platform, and at selected points of sale. The Bum Bag Cooler will also reach out to revellers through several Carnival activations – at 'blocos' (street parties), private events, as well as to influencers, as part of Diageo’s digital marketing initiative.