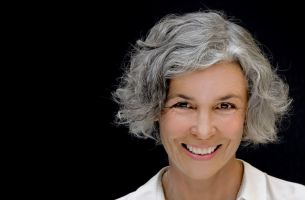 Bullitt has announced the addition of Allison Amon as the company’s EVP of Sales and Development. Amon will work closely with President/EP Luke Ricci on the company’s continued growth in the realm of branded entertainment and advertising.

“Over the years I have admired Allison and everything she has accomplished,” explains President/EP Luke Ricci. “We are deeply enthusiastic about the incredible insight and perspective that she brings to the company and we look forward to having as part of our executive team.”

“Bullitt is a vital force in solving brand challenges with amazing talent, original and strategic vision that is keenly attuned to where the industry is going,” comments Allison Amon. “I am inspired by the creativity and direction of the company, and look forward to helping shape its future.”

Formerly a partner, executive producer, and co-owner of Chelsea Pictures, Allison Amon spent eighteen years shaping and developing the company into a world-class entity winning awards at Sundance, the Emmys and numerous Cannes Lions, among others. Prior to Chelsea she was Head of Production at Palomar Pictures and a freelance producer who collaborated with noted directors and production companies on both commercial and music video projects.