Directors join for commercial and music video representation in the UK 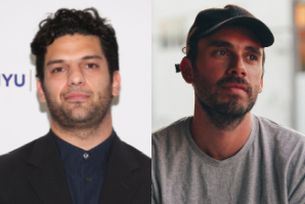 Bullion has announced the signing of directors Tomás Whitmore and Grant Curatola for commercial and music video representation in the UK.

Based in Los Angeles, Tomás (right) immersed himself in LA's new wave hip hop scene from a very young age, directing music videos for young artists and dispelling the bling bling myth MTV had cast over rap music. His music videos have provided space for experimentation in tone, colour, and mood. In the past two years he has directed videos with The Hamilton Mixtape, Dillon Francis, DJ Snake, A-Trak, Tinashe, and Chance the Rapper, among many others.

The urban American music scene has numerous ties to the sports world, providing a natural transition for Tomás who began collaborating with Nike, directing documentaries on youth culture. Documentary has, and always will be a fundamental part of his work and approach. It takes a great deal of sensitivity to connect with others in a genuine manner, and for that reason alone, Tomás views documentary work as one of the most rewarding mediums available.

New York based Grant’s (left) work has premiered at festival around the world and featured in Vice, Vogue and V magazine, among many others. In 2015 Grant directed the commercial bumper for Tribeca Film Festival. Later that year his short film for APC won Best Directing, Editing and Cinematography awards at the Berlin Fashion Film festival.

Most recently Grant has developed a strong relationship with the artist Desiigner, directing his short film, Zombie Walk for G.O.O.D Music. With that awarding him his second directing credit on the Adidas collaboration with Desiigner featuring Paul Pogba shot at Old Trafford.

Flo Clive, Bullion’s new Executive Producer writes, “We are thrilled to have Tomás join us, everything about him and his work fits into the Bullion model perfectly. We have always kept an eye on his new releases both in their creativity in music videos and the visceral sports spots that ring true to Bullion’s aesthetic. Likewise, Grant’s work has a raw narrative to it that really appeals to Bullion’s sensibilities. His fashion films for APC show a beautiful storytelling eye that we look forward to honing for UK audiences.”

You can view Grant's reel here and Tomás' reel here.