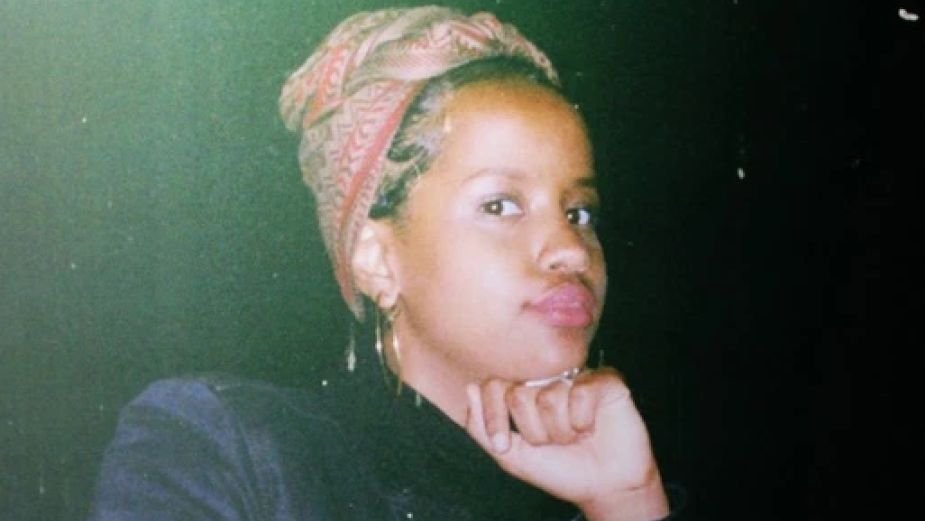 When you hear ‘technologist’ in a job title, you probably visualise a dull, desk job fixing code and solving bugs - but pop ‘creative’ in front of it and it becomes something entirely different. For Arda Awais, her creativity gave her a passion for UX which she now combines with code to create entire experiences, prioritising feeling over functionality.
Arda studied Design Innovation and Creative Engineering at Queen Mary University in London, a course which she says set her up for her creative technologist career. “My course was quite unique as it had engineering courses - because you need to have engineering courses to be accredited - but it also had design studio courses where you could really run with a brief, create your own briefs and learn creative coding. That was the first time I actually got introduced to creative coding.” Once she had a taste of this, Arda realised the creativity behind her code mattered the most to her. When it came to looking for job roles after she completed her degree, she described the engineering roles she found as ‘quite static’ compared to the ‘rich and fluid experience’ of her degree.
Beginning in the industry at an integrated platform design company, Hackmasters, as a creative engineer, Arda was continually challenged to quickly create solutions for clients such as EY and various other high profile companies. “So we got a brief and it was always a future-thinking brief - design something for this client for 10 years rather than now - so it was really pushing me to problem-solve. At the end of the week, we had to have a proof of concept, so it was the most intense experience. It was like - you get a briefing meeting at the beginning of the week and on Friday you need a proof of concept that you're presenting back to the client.” The role challenged Arda and tested her problem-solving ability, making it an experience that she was grateful to have. But she was still on the hunt for the perfect role which combined coding with UX.
Arda reflects on how she suffered from the lack of exposure to the breadth of roles that are available in the creative industry, explaining how she stumbled upon the job title of creative technologist by chance. “I was working at a start-up and we were based in a co-working space. I was talking to somebody there - he is actually a really good friend of mine now - and was telling him about the projects that I do outside of work. I told him I do UX but I really enjoy doing creative coding, outside of work. He was one who said to me, ‘you’re a creative technologist’ and that was the first time I ever had that. I looked into it and I was like, oh my god this is actually what I do.”
After stints at a few different companies where she was exposed to UX and honed her skills within this aspect of the industry, Arda now finds herself at UK-based digital agency UNRVLD where she has been for the last five months. Though it is a relatively new experience, she reflects on the differences between being at an agency, rather than an in-house or start-up. “It was a learning curve for me - being in an agency is a little bit different, learning particular processes and so on. Everybody has been so welcoming and nice!” The projects Arda’s part of are mainly concerned with website development, from defining the UX for different clients and figuring out their user journeys, to supporting the designers with the website building process.
For Arda’s creative process, getting into the shoes of the audience she is designing for is imperative in creating something unforgettable. “As an experience designer, I look to create the best experience for the audience. I think about: Who is my audience? What are they doing? How can I design something that best suits them at this time? And I personally like to think about emotions as well, not just the mindset that they might be in or what mindset I want them to be in, but also the emotions I want them to feel - because then you can begin to outline an experience that's memorable.”
Arda holds one sentiment so central to her professional approach that it’s become something of a motto:‘ creative before code’. She explains why it’s so important to her: “When you exist in the tech industry, people tend to just build tech tools because they think, ‘we can do it, so let's just do it.’ But sometimes it doesn't actually add value to the experience. So it's easy to create a tool purely for it to be more modern or have that futuristic element in it and that has been the default a lot of the time. I like to challenge myself to think, ‘is it actually necessary?’ And sometimes the simplest things can make the most impact.”
As a woman of colour in the industry, Arda speaks about her day-to-day experiences and how she found inspiration in people who look like her. “Most of the time I'm the only woman of colour in the room or, sadly, the only person of colour. I think the creative industry can be very closed sometimes. However, I've been really lucky to have a network that I can learn from. What I have done, whether conscious or unconscious, is made a lot of connections with people of colour in the industry.” She explains why it’s so important to reach out to people for support and advice. When she heard about a man of colour who was also a creative technologist, she sent him a Twitter DM and he responded. “I went to his office and was able to ask questions and learned so much from him. I wasn’t expecting anything but sometimes I'm just like, ‘I might as well ask, what's the worst that’s going to happen?’” 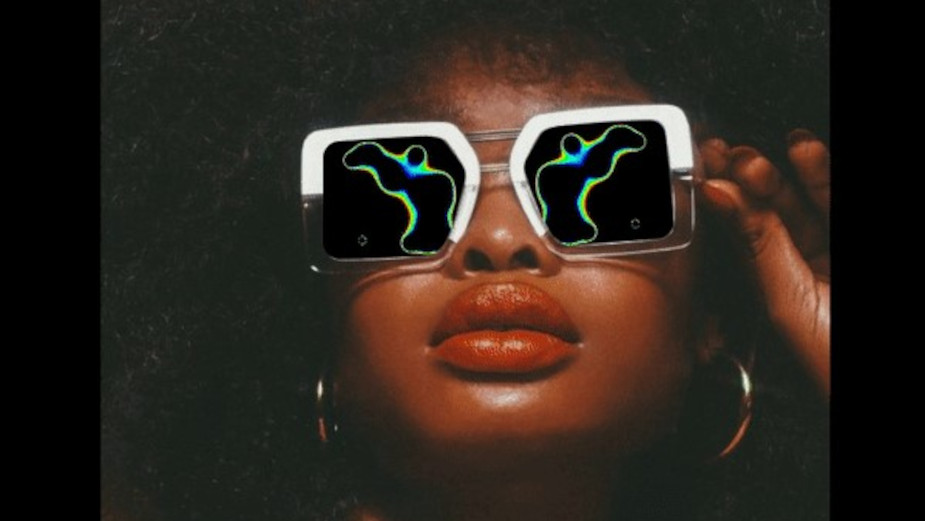 Acknowledging the small steps the industry is taking, Arda mentions the increase in funding now available to minorities. “I have seen TikTok and YouTube having Black creators events, and I've seen companies pledge funding, as well as Netflix, doing Black Filmmakers challenges. I have seen a lot more funding opportunities, which is great. I think it's a small step but it's better than what we have.” While strides are yet to be made, these small steps bring with them a positive change which Arda is mindful of championing, such as within her Afrofuturism work.
Aside from her day job, Arda is also the co-founder of Identity 2.0, a creative studio that aims to share information about digital rights and the online identity created by your internet usage. It began about three years ago, with Arda and Savena Surana, one of her best friends from university. It started with a conversation about how frustrated they were about how they exist on online platforms and how these spaces are so inaccessible. “You don’t understand your data rights or what your digital identity is, but it makes a huge impact,” she says. Discussing this when GDPR came into effect, the friends decided to do something about this lack of transparency.
With the pair both working at start-ups and familiar with tech, they began to question the way in which personalisation required gathering a large amount of data from individual people. Arda explains how personalisation is great to improve user experience, “But at what expense? And also do people know that this is happening? It felt like it’s an invasion of privacy and we were having this conversation at the dinner, getting angrier and angrier. We were like, ‘this is not right.’”
Off the back of this revelation, the duo decided the best way to tackle the issue was to have open conversations about it. “People need to talk about this because it's been designed in a way that it's made to feel boring or ‘extra’. If you want to engage with terms and conditions or privacy policy, it’s a long process. By comparison, to accept conditions, there’s like a little small tick box for you to do - easy for you to pass it. It’s always presented as an obstacle and that's a really dark design pattern that the creative industry needs to fix.” Their solution was bringing this serious conversation into a more artistic, fun space. “It started like an art project, which grew,” says Arda. “We launched a pilot exhibition, which explored themes of our feature manifesto, which was seven ways we want our data to be treated in the future.”
Since that exhibition, Arda and the Identity 2.0 team have continued to exhibit around the UK and plan on many more showcases to encourage the conversation around data privacy. The venture has also allowed Arda to come into contact with many professionals within the industry who have inspired her. For instance, Neema Githere who coined the term ‘data healing’ and who Arda says, ‘does amazing work.’ She also mentions Marissa Mireles Hinds, filmmaker and poet. “Her work is also beautiful.” Finally, Ricebox Studio - “They're a creative studio that teachers AI filters and how to create those. The team consists of all Asian women from different parts of Asia, which is great!”
Though she has many ongoing projects, Arda ensures she makes time for the things she values. “I make sure I’m spending time with friends, family and taking time to rest and recover as well. I love eating good food, going to the gym and visiting exhibitions, viewing other people’s work - getting inspired. I like to do creative things, sometimes I love going to a pottery class or finding different, random things to do.” One of them being painting and sketching.
“This is probably as bad to say - I'm really good with software and I can sketch, but I can only sketch to a certain extent. I can sketch so you understand what's happening, but does it look pretty? No! And sometimes it's nice painting. I prefer painting compared to sketching, to be honest. I feel like, with painting, I can do an abstract thing. It can be ugly, and you can say, ‘it’s perspective!’”
[Headshot by Charlotte P.]
view more - People 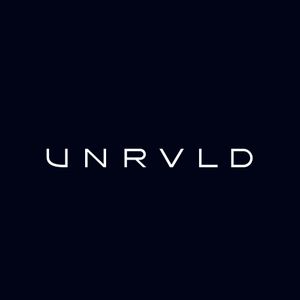 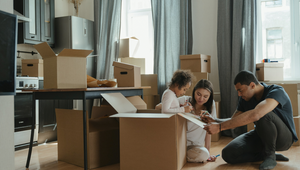 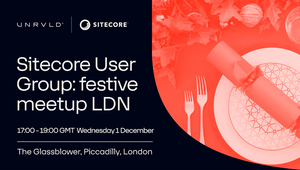 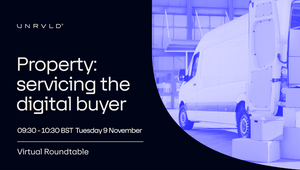 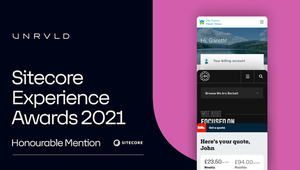