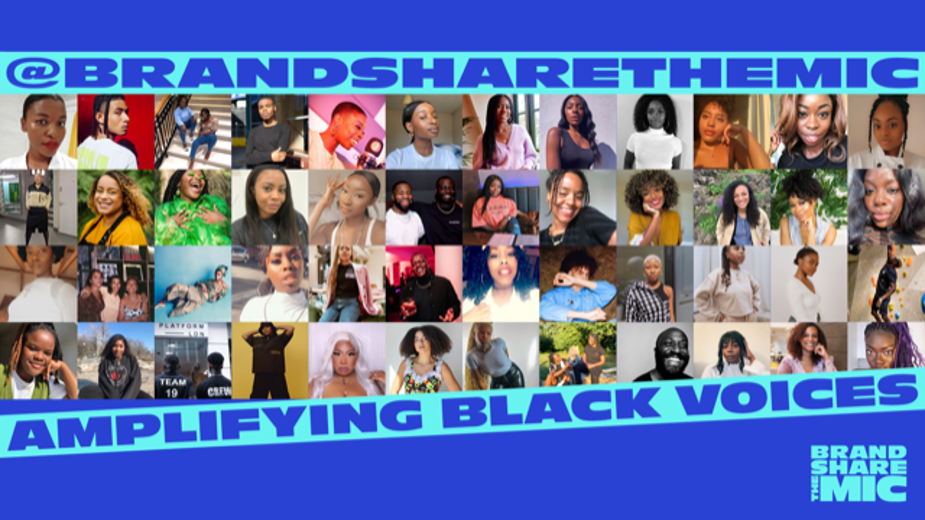 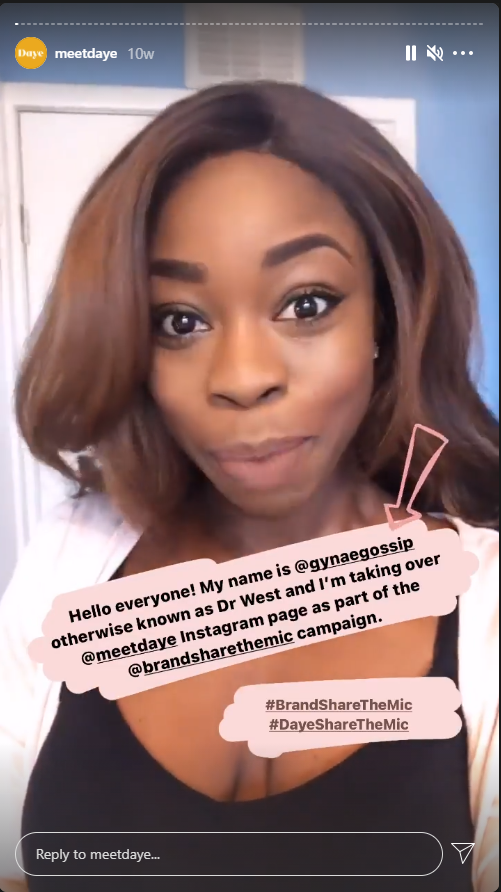 This one was just the beginning of a relationship too. After the takeover, Dr West was featured on Daye’s ‘Dear Daye’ series, where she answered anonymous questions submitted by their followers. She also featured on their blog in an article ‘Should You Get STI Tests In A Long-Term Relationship?’ that has a readership of over 60,000 readers a month.
Dr West is encouraged by the momentum that the #BrandShareTheMic platform has already built, but she’s keen to see awareness and recognition of the health of Black people - and particularly Black women who suffer from health inequalities - pushed further. This includes the fact that they are more likely to die from cervical cancer but have the lowest uptake rates of cervical screening. The statistic that Black women are five times more likely to die during childbirth than their white counterparts is also one that she feels needs to be repeated until it changes. These are “truly terrifying,” she says. “We need to investigate these inequalities and begin to root out the deeper causes and prejudices that are harming a whole population. In order to do this, we need to keep speaking about these topics, keeping them in the public eye, keep sharing information and experiences. Change doesn’t happen overnight but I’d love to see the momentum carried on until it does.”
Dr West sees the extent of the potential that initiatives like #BrandShareTheMic offer brands and would love to see more of them collaborate with Black creators. “Brands shouldn’t be shy to go a little bit further and share something that may be new to their followers or make them think,” she says. “Often these sorts of events are popular only for a moment and then die down. Perhaps joining with Black creators on a more lengthy contract or basis would help keep the momentum going and begin to be the change that we want to happen.”
André sees huge potential for these kinds of partnerships in 2021. “I think that like there is a genuine opportunity for the UK to make things that the world hasn't seen before,” he says. “There are now new voices that haven't been heard before. Over a long period of time, not just over a year, but over five years, 10 years, if these voices were to grow, if these communities were to grow in their voice, they would be able to provide UK creativity, even global creativity, with something that we haven't given a chance to develop before, which is so exciting.”
The #BrandShareTheMIc team understands the value the initiative brings to the brands and future voices of the industry, they plan to continue the planned coalitions throughout 2021. There are pre-planned dates available for brands to sign up to, if you’re interested in sharing the mic email the team at brandsharethemic@livity.co.uk to find out more.
view more - Trends and Insight