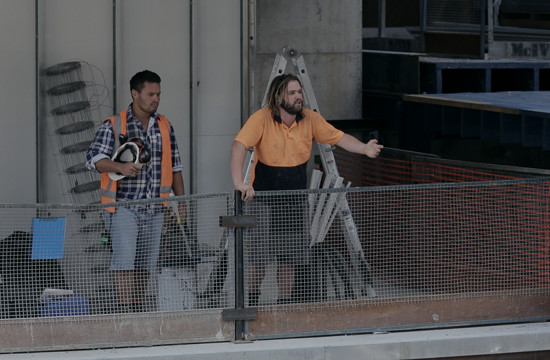 Clemenger BBDO Melbourne and Snickers staged a candid camera-style experiment on the streets of Melbourne to prove that construction workers are just not themselves when they’re hungry.

On a construction site in central Melbourne, a team of builders (actors) offered comments to passing pedestrians and office workers. The twist? The builders surprised and delighted the unsuspecting passers-by with positive and empowering compliments, even eulogising about gender politics and feminist theory, much to the amusement of the unsuspecting general public.

Clemenger BBDO Melbourne Executive Creative Director Ant Keogh says making the campaign has been a lot of fun for the Agency: “It’s not always easy to create a local adaptation of a global theme, but with Snickers, it’s been an absolute delight. The whole premise of ‘You’re not you when you’re hungry’ gives us enormous scope,” he said.

Brad Cole, Bars Segment Lead is thrilled with the result: “There were a few nervous moments while we were filming the reactions but the public took the experiment in the spirit in which it was intended – to charm and amuse them,” he said.