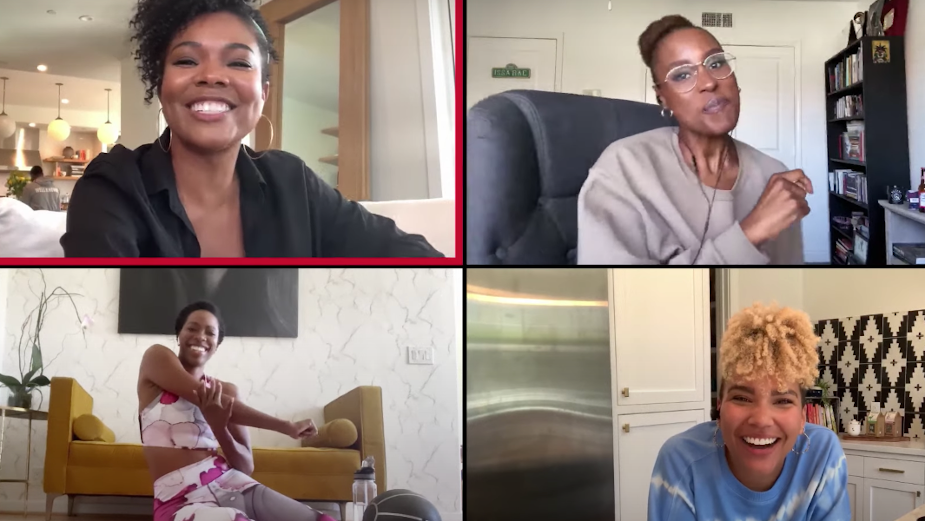 Today, Budweiser unveiled a contemporary and timely version of its iconic ‘whassup’ commercial as a reminder for America to prioritise check-ins with loved ones as the country endures unprecedented social isolation to combat Covid-19. The new spot is part of a broader PSA that features weekday programming across Budweiser’s digital platforms to encourage check-ins with family and friends. The campaign was created by VaynerMedia.

The original ‘whassup’ ad rose to pop culture prominence in 1999, creating a widely-used catchphrase that manifested itself in different corners of culture and achieved industry-wide acclaim. Now, Budweiser was compelled to bring back the commercial for today’s times as the country comes to grips with uncertain periods of isolation. Bud has collaborated with Dwyane Wade and a collection of athletes, musicians and celebrities from his close network to bring back the commercial as a PSA for connecting with each other in order to stave off isolation and loneliness.

“Thanks to modern technology, we’re able to remain virtually connected in ways that otherwise we would not have been able to within the current distance-mandated climate,” said Monica Rustgi, vice president of marketing for Budweiser. “In times like these, something as simple as a hello, or in this case ‘whassup,’ means a lot. Following the unbelievable success of the original ad campaign, we found this to be a meaningful opportunity to revisit the original spot’s simplicity and focus on human connection in a time when people may be feeling hopeless, uncertain, and alone. Our hope is that by getting people to check in, we can play a small part in bringing the world closer together during these trying times.”

“My wife and I wanted to partner with Budweiser because we believe the message is crucial,” said Wade. “We both remembered the original ‘whassup’ ads and love the idea of bringing them back as a genuine PSA to connect with each other. We encourage everyone to take a moment out from their day to check-in with their friends and loved ones during this difficult time.

“During times of crisis, feelings of isolation and fear can be overwhelming, and we want people to know there’s someone here to listen,” said David Hudson, National Commander of The Salvation Army. “The unknown is the hardest part, but thanks to Budweiser, more people will know that they’re not alone. We’re going to get through this—together.”

As part of the campaign, Budweiser will make a donation to The Salvation Army for essential support of those in need due to Covid-19.

Every day at 6:00 PM EST, Budweiser will be offering its community the chance to say ‘whassup’ through a host of interactive activations on its social platforms. This is headlined by ‘whassup’ live chats every Thursday via Instagram Live on @BudweiserUSA where different celebrities will check in while having a Bud and answering questions submitted by fans. The program will kick off with Dwyane Wade tomorrow, April 30th, at 6:00 PM EST. A full list of activities can be found in the notes section.

The Salvation Army has trained staff available for English and Spanish speakers every day from 9:00 AM - 11:00 PM EST at 1-844-458-HOPE (4673). Callers are encouraged to leave a message if they call after hours.