Budweiser Goes Large for the Holidays

Christmas, Clydesdales and a prohibition twist in the festive campaign from Anomaly 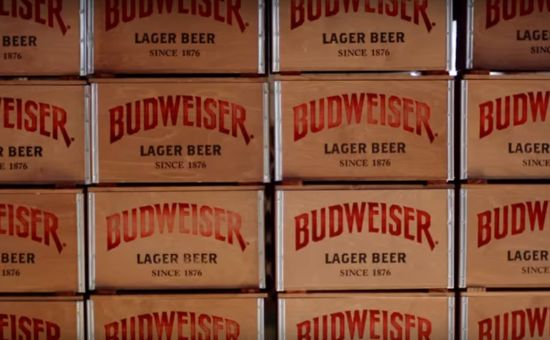 Budweiser have just revealed their new holiday commercial, created by Anomaly, which is airing nationally in the United States from today, Thanksgiving Day. The ad was shot at the Anheuser-Busch Brewery in St. Louis and, of course, features the world-famous Budweiser Clydesdales.

The spot, 'Macro All the Way' is a continuation of the 'proudly macro' strategy from ad agency Anomaly that launched during this year's Super Bowl. The strategy pitches the brewing behemoth against micro breweries and craft beers. The spot also ends on the tagline 'This Bud's For You', a classic line which was also revived earlier in the year.

The ad also features the limited edition, handmade 'Budweiser holiday crates', which are available to buy in selected retailers across the US. The design is based on Budweiser's original 1933 label, the first label created by the brand following the repeal of Prohibition. The brand is releasing 60,000  of the crates this year (vs. 10,000 in 2014), each of which will be hand-made to mirror the original crates that were distributed by the Budweiser Clydesdales following the end of the notorious booze ban.