Budget Direct has launched its new campaign via 303 MullenLowe, Sydney with a 2min 30sec TVC, which airs tonight on primetime television, including Sunday Night on 7, 60 Minutes on 9 and The Project on 10. The 2min 30sec spot will also run on cinema and YouTube.  A 60sec version of the TVC also starts its run on Sunday.
The campaign blends together a new take on the classic crime thriller mystery with a unique series of otherworldly events. The campaign introduces a new character, a detective named Sarge, who investigates a series of truly remarkable incidents. Despite the inexplicable happenings, Sarge uncovers the real mystery--why the people involved in these incidents paid more than they had to for their insurance. The spot concludes with the message, "It's a mystery why anyone would pay more for insurance. Get award-winning cover for less with Budget Direct" and the new campaign line, "Budget Direct - Insurance Solved."

The campaign was shot by legendary British director Daniel Kleinman, through production company Goodoil. Kleinman is well-known for his award-winning commercial work as well as the James Bond film title sequences.
The project was led by ECD Richard Morgan, creative director Adam Whitehead and copywriter Mike Burdick.
Regarding his final project for the agency Morgan said: "It's been a privilege working with such a talented team and courageous brand on a new campaign of this scale. Over four years Captain Risky became a household name and helped Budget Direct to become Australia's fastest growing car and home insurer.   Not one to rest on their laurels, Budget Direct challenged us with another unique brief, and it's been a pleasure to create the new campaign that truly reflects Budget Direct's ambitions to lift the bar once again."

Says Jonathan Kerr, chief marketing officer, Budget Direct: "We set out to make Budget Direct's new marketing campaign just as innovative, engaging and unique as our ability to offer award-winning insurance for less.   Now that we've got Sarge on the case, we hope Australians enjoy the ads and in turn consider our message even more."
The campaign was filmed in and around Sydney.
Says Kleinman: "It was a marvellous opportunity for a director to work on the new Budget Direct campaign, bringing new characters to life and working with not only great actors but also a wonderful team of people in Australia, including the crew, agency and client. I feel that 'Sarge and Jac' are characters that we'll enjoy watching and following now and in the future as the sensible question they have for Australia is posed in a such an entertaining way."

The commercials were cut at The Editors, Alt.VFX were tasked with the VFX, and Sonar contributed the original music score.  All campaign photography was shot by Mat Baker.
Says Nick Cleaver, CEO, 303MullenLowe: "This is a campaign that will lead the category in terms of being highly entertaining and effective. It's not only compelling viewing it vividly highlights the benefit of taking out a policy with Budget Direct."
In the run up to the launch, 6sec teasers were seeded on YouTube and Facebook, with teaser large format digital billboards across major cities and online display. The campaign will encompass the full array of integrated channels, created and managed in-house by Budget Direct's in-house marketing and digital team.
view more - Creative 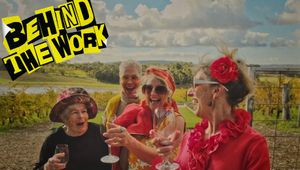 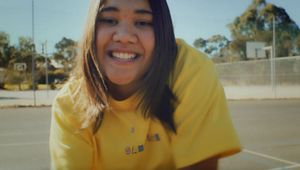 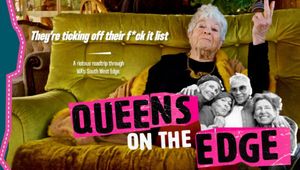 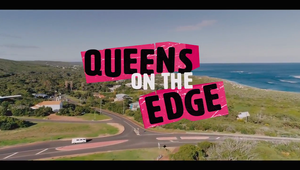