Bud Light's Epic Night Out for the Super Bowl 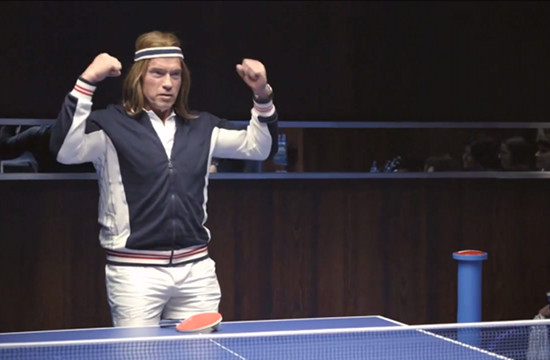 When Ian Rappaport of New York signed up for a focus group earlier this month, he had no idea what was in store for him…namely spending the evening with twin beauties, a bachelorette party limo ride with Reggie Watts, getting dressed by Minka Kelly, riding an elevator with Don Cheadle’s pet llama, and playing “tiny tennis” with The Terminator.

But that was exactly what happened.  And it was all captured in one take for Bud Light’s Super Bowl XLVIII spot.

It’s just the beginning of Bud Light’s new advertising platform, “The Perfect Beer for Whatever Happens.”  All creative content is being developed by Bud Light’s ad agency, BBDO.