BSSP's First Campaign for Michael Angelo’s is Inspired by Nonna 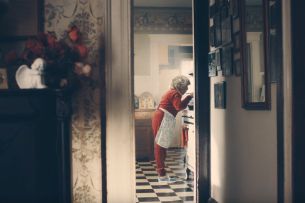 In a nod to its authentic Italian roots and heritage, Italian frozen food brand Michael Angelo’s is launching its first advertising campaign from its agency Butler, Shine, Stern & Partners.

The debut advertising for the brand pays tribute to the company’s founding muse, Grandma 'Nonna' Foti, whose recipes led her granddaughter Sara and great-grandson Michael Angelo, to found the gourmet Italian food brand. Sovos Brands recently acquired Michael Angelo’s and is investing in building the brand through an integrated advertising and marketing campaign developed by creative agency BSSP, with Current Marketing handling PR.

The launch campaign features three digital films with an uncompromising Nonna who sees the word 'no' as a badge of honour – saying no to sub-par ingredients, preservatives, fillers and more. The tagline for the advertising is “It tastes good to say no,” a line that reinforces the high standards of each Michael Angelo’s dish.

“With Nonna representing our brand values, this advertising captures the essence of what every consumer can expect from Michael Angelo’s – wholesome, simple ingredients cooked like Nonna Foti did for genuine homemade Italian taste,” said Priscilla Tuan, SVP of Marketing, Sovos Brands. “This initiative is the first of more to come as Sovos builds a growing portfolio of one-of-a-kind brands.”

The three ads take a humorous approach to showing the lengths to which Nonna goes to make Michael Angelo’s signature lasagna, shrimp scampi and eggplant Parmesan. One spot shows three family members sitting on a plastic covered couch anxiously awaiting the meal to be served, while Nonna patiently stirs the sauce on the stove, saying 'no' to an early nibble.

Another shows her carefully inspecting an eggplant before deeming it unsuitable and sending both the delivery man and insulting 'night shade' on their way.

“The ultimate high standard of goodness and taste is the way grandma made it; by leaving all the compromises out,” explained Paul Roberts, Creative Director at BSSP. “For Michael Angelo’s Nonna Foti is an essential part of the brand story and we saw an opportunity to leverage that authentic voice in introducing the brand to a national audience.”

The ads appeared on digital channels beginning December 20th. BSSP will expand the advertising into an integrated social campaign and a revised website that will launch in early 2018. 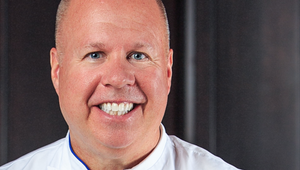 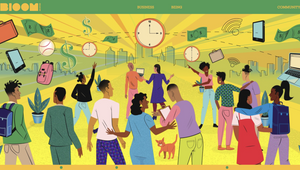 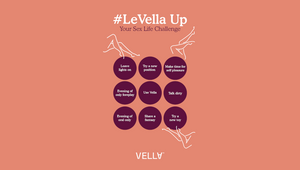 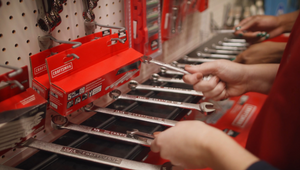