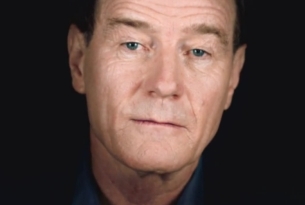 Holman + Hunt have created the UK launch campaign for AMC, the US channel behind Breaking Bad, Mad Men and the Walking Dead.

The campaign is based on a poem about stories written by Creative Director Richard Holman. Currently there are two different executions with more to come: in the first the poem is read in extreme close up by Bryan Cranston, better known as Walter White from Breaking Bad; in the second the poem is read by a young boy, alone in the strange nowhere land that is Dungeness.

Richard Holman explains the thinking behind the campaign, “Of all the channels available today I’d argue that AMC stands alone as the storyteller par excellence, so it felt right to create a campaign that was all about the celebration of stories. I’d also been wanting to do a campaign with a series of different spots using exactly the same dialogue for a while.”

While the film with the boy was shot at dusk beneath some pylons in Dungeness, the one with Bryan Cranston was shot in LA in just a couple of hours. Richard adds, “We knew asking Bryan to read the poem was a long shot, so I was delighted when I heard he was up for it. The hitch was finding out on a Saturday morning in Wales that the only time he could fit it in was the following Monday in LA!”

Matt Stott, Creative Director at AMC, adds: “We loved the first pitch and knew instantly H+H understood what we’re about. The Storyteller hook was very AMC and stood out as the idea we wanted to back. The Boy Storyteller came to life as we’d discussed thanks to Chris Turner’s great eye for detail as well as spot on casting. It poses lots of unanswered questions and by the end of the 60 second spot you feel you’ve been on a journey with him. He also works extremely well as a companion piece to Bryan Cranston’s Storyteller.

“We always had Bryan Cranston top of our ‘if only wish list’, so receiving confirmation and booking flights to LA for the next day, was a welcome surprise. The extreme close up accentuated a face full of character and he delivered the lines with expected aplomb.

“The deadline was challenging in the extreme just for one, but thanks to the sterling efforts of H+H we delivered two pieces that reflect the Channel and its content.”