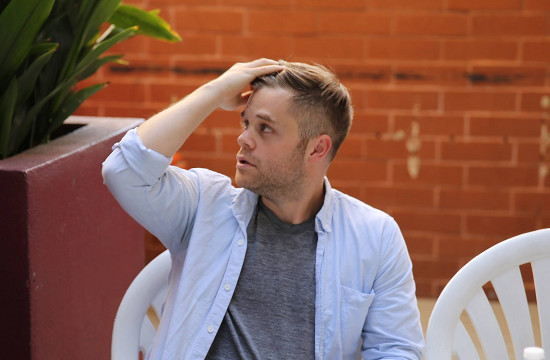 BRW FILMLAND Los Angeles, has signed comedy director Matthew Pollock for U.S. commercial representation. The online video sensation, currently residing in Los Angeles, has integrated his viral-worthy brand of humor into projects across music videos, commercials and short sketches. In addition to his host of highly popular CollegeHumor.com videos, he has also helmed original and branded content for clients such as Yahoo, Microsoft Bing, Dr. Pepper, Nestea, Trojan, Intel, Spike, Mountain Dew, IFC and Pepsi. He has also directed independent TV pilots and collaborated with the likes of Michael Buble, Ed Helms and the cast of Community. Pollock comes to BRW USA from Little Minx.

Says BRW FILMLAND Los Angeles EP/Partner, Peter Trucco: “At BRW Los Angeles, we pride ourselves on building a roster of narrative, creative, storytelling directors. When we came across Matt’s work, it immediately captured our attention for these reasons and so much more.  Matt’s comedic timing and honest subject matter are incredible, as is his ability to direct dialogue, and the intelligence he puts towards his cuts. He assembles great casts and his body of work shows a maturity of a director who has 20 years experience. We feel fortunate to have Matt on board, and look forward to sharing his wit and having a laugh.”

Adds Pollock, “Everyone at BRW is so passionate and eager about all the work that they do, and I’m looking forward to having them get my work out there into the world and growing with them.”

Connecticut-born Pollock followed his lifelong passion for filmmaking to NYC where he studied at the School of Visual Arts before landing a job as an editor. He spent the next few years working as an editor on commercial projects while directing video projects with friends on the side. After directing the successful comedy pilot, ‘Graduates,’ Pollock got the opportunity to start editing and directing for CollegeHumor.com. He made the journey across the country to Los Angeles in 2011 and has been creating video content that has earned him numerous accolades including three 2012 Webby wins for Best Individual Short, Best Individual Short People’s Voice and Best Performances People’s Voice.

When not keeping active with CrossFit and baseball, Pollock is currently working on producing his next short film, working with the same writing team that helped him create the independent pilot, ‘Graduates.’