Brutally Honest and Brilliantly Risky: The Industry Can Learn from Skol’s Attempt to Shed Its Sexist Past 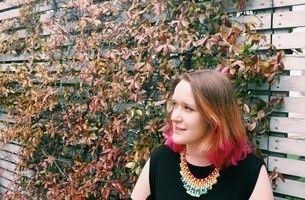 As brands compete to see who can appear to be the most socially aware, enlightened and woke in their marketing, it’s easy to feel sceptical. Quite often their efforts feel insincere – particularly when we all know that lurking in the not-so-distant past are sexist ads of yesteryear. And so that’s why the teams at F/Nacza Saatchi & Saatchi and their client Skol decided that they needed to face up and ‘fess up to their ingloriously sexist past in order to move forward and show that the brand’s values really had evolved. The result is a campaign that brands and agencies could learn a lot from.

The campaign sees female artists take old Skol posters, that feature bikini-clad women and transform them into something entirely different. The results are vibrant, creative and fresh.

Upon watching the campaign, I was actually pretty impressed that the agency had managed to persuade their client to publicly own up to their problematic past advertising. This isn’t just another soft-focus feel good bit of fluff, it’s as harshly self-critical as an ad is likely to get, and without a shred of ‘VW Lemon’ quizzical irony. So I jumped on a call with F/Nazca Saatchi & Saatchi Creative Director Theo Rocha to find out how and why they did it.

The first interesting point was that when the agency suggested the idea, the client wasn’t shocked or offended or even surprised. They had been expecting something like this because no matter how inclusive and positive their recent ads had been, members of the public would often react negatively and scoff, dredging up the sexist old ads. The agency team and client team had already been having conversations about the issue for a while. The brand had to address these ghosts – consumers weren’t about to forget.

“The brand has changed so much in the last few years and Skol hasn’t run these sorts of ads for at least nine or ten years, but perceptions haven’t changed,” explained Theo, adding that the wonders of Google meant that past ads could never be completely forgotten.

Key to the creative is the idea of women representing themselves. So, as well as female illustrators, the project involved female talent at every stage – including director Luiza Campos and cinematographer Camila Cornelsen. As a male creative director, Theo was particularly wary of coming across as a man dictating how women should be represented. “Advertising is still a place where there is a lack of women,” he says. “I hope that the next time you call us, you will be talking to a woman and not me.”

The campaign launched on International Women’s Day – though the timing was a bit of happy coincidence. In Brazil, it’s had an overwhelmingly positive response, with positive comments hovering around the 92% mark (it seems that there are some guys who miss the old school approach…), 70% of the views have been organic and Theo says that already it has beaten the brand’s records.

And it might also interest you to know that the original ads – the ones that Skol is now owning up to and dismissing – were also from F/Nazca Saatchi & Saatchi, who have had Skol as a client since its first year. So, this campaign represents honesty from the agency as much as it does honesty from the brand. “We were together when we were doing those things that we don’t believe in anymore and we’re together trying to fix things. We should evolve with the things we learn.”

But then it’s testament to the quality and longevity of the relationship that the agency and client can have such honest conversations. Such a move isn’t possible without trust. “You have to jump in the dark together,” says Theo, “otherwise it won’t work.”

I think this campaign has a lot that the industry can learn from. It’s honest, self-critical, even. It doesn’t treat the public as mugs who will just lap up anything you want them to or forget your past actions. I’m betting there are few agency-client relationships strong enough to bear such truth-bombs – both marketers and agencies should aspire to this kind of collaborative closeness. I don’t imagine for a minute that this was easy, that there were no fraught moments or frayed nerves – difficult conversations are, well, difficult. But the point is that they clearly happened. And the positive response from audiences show that the scary honesty has been worth it.

In an age of nervousness, it takes a lot for a brand and agency to admit their past mistakes so openly. The industry isn’t going to get anywhere by existing in a state of denial by pretending that the more negative elements of the past, whether distant and recent, never happened or denying that they don’t still happen. That’s not how we learn, it’s not how we evolve.

So, yeah. I hope this campaign isn’t lost among the swirl of IWD work. It deserves to be recognised for what it is and as an example of how powerful a strong relationship can be.